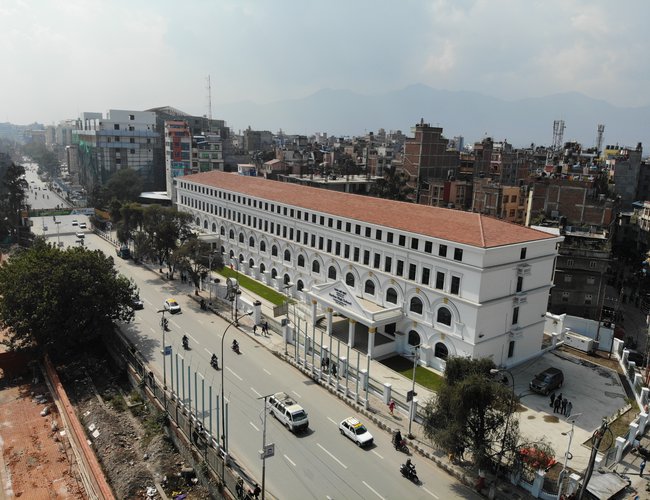 National Construction Authority’s Chief executive officer Sushil Kumar Gyawali said that earthquake reconstruction projects will likely face budget constraints in the coming years due to the coronavirus and lowering the revenue collection of the government.

Rastriya Samachar Samiti reports more than 20,000 private houses in the Dhading district remain to be rebuilt.

So, 84 thousand 440 families are in the list of beneficiaries in the district.

Among these families, 79 thousand 762 have taken the first tranche of the house construction grant provided by the government while 63 thousand 107 families have taken the third tranche after completing the reconstruction of their houses, the National Reconstruction Authority (NRA)'s district project implementation unit stated.

The situation of other districts also remained the same. Due to various disputes in modalities, the reconstruction of houses is yet to build.

The reconstruction of the private houses has not made progress to the expected level. The NRA's district unit is worried that the lockdown enforced to prevent the spread of coronavirus will further hamper the reconstruction works.

However, China Completes 12 Reconstruction Projects and 13 in progress. According to the Chinese Embassy Of the 25 reconstruction projects, China offered grants to rebuild following the Gorkha Earthquake on April 25, 2015, the northern neighbor has so far completed 12 of them.

Now, after five years of the quake, China has already completed 12 projects them. The remaining 13 projects are also in progress, according to the Embassy of the People's Republic of China in Nepal.

China Aid Arniko Highway Long-term Opening Maintenance Project also started after the earthquake. The 104 kilometers long Anigo Highway was opened to traffic in May 1967. Civil Service Hospital was completed in September 2008 and is located in the center of Kathmandu.