200 Nepalis Stranded In India Will Be Brought Back

200 Nepalis Stranded In India Will Be Brought Back 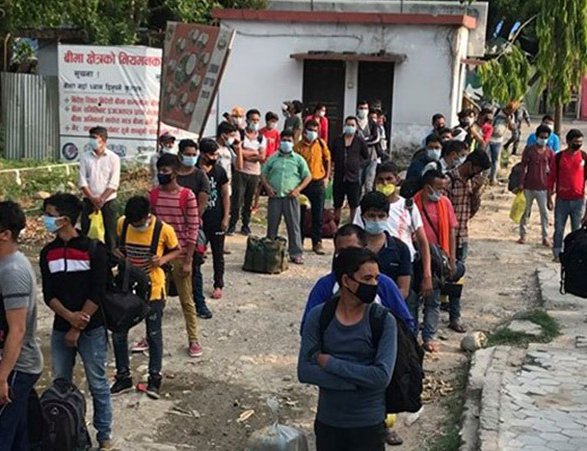 Jhapa district administration has begun preparation to bring the Nepali stranded across the border in India. Rastriya Samachar Samiti (RSS) reports that a 200-bed quarantine is being set up at the Mechi multiple campus in Bhadrapur.

Upon arrival, they will be quarantined and allowed to go home only after test of Corona Virus.

According to Chief District Officer Udaya Bahadur Rana, more than 200 Nepali citizens are currently living near the bordering region of Jhapa waiting to return home. They are stationed at neighbouring Indian market towns like Galgaliya, Pani Tanki, Naxarbadi and other areas, according to Nepal Red Cross Society, Jhapa president Lok Raj Dhakal.

Some of them are in the quarantine run by the Indian authorities, some are with their relatives while some are stranded, said Dhakal. Of them 150 have already registered their names to return home following due procedures reports RSS.

Nepal Airlines To Send Its A330 Aircraft To China To Bring Medical Equipment By Agencies 2 days, 2 hours ago