Sri Lanka Rolls Back Lifting Of Curfew, Virus Exit Plan From May

Sri Lanka Rolls Back Lifting Of Curfew, Virus Exit Plan From May 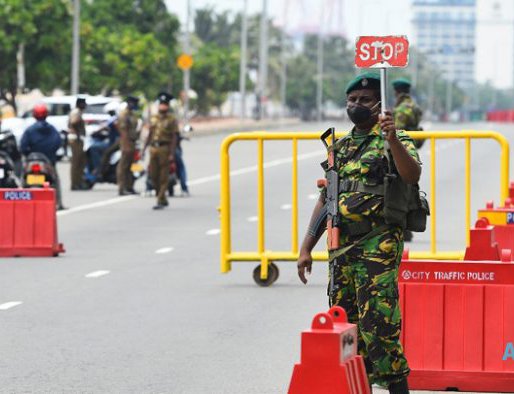 Sri Lanka revoked plans to lift the prolonged curfew in Colombo and key districts from tomorrow as COVID-19 cases spiked, but unveiled a strategy to ease lock down measures from May 4 reports Iseland news paper.

Police in a statement announced lifting curfews in the Coronavirus hot spots of Colombo and three other districts from 5.00 am tomorrow, but within hours the President’s Office said the 24-hour curfew will continue for one more week.

It was not immediately clear why the government had a change of heart on removing the curfew in Colombo, Gampaha, Kalutara and Puttalam. But, health officials said a sharp increase in the number of Coronavirus cases since Thursday was a key factor.

According to the paper, the infection of a sailor at the Welisara navy camp, where at least 65 security personnel have now tested positive for the virus, rattled health authorities who had believed that they had a grip on the situation.

With fears of a community spread of the virus, the military authorities have now placed the Welisara camp, home to some 4,000 sailors and their families, under isolation and quarantine.

However, some sailors who had travelled out on leave have also begun to test positive raising fears that they may have spread the disease in their villages. Sections of Ampara were placed under curfew for a brief period until homes visited by the infected sailor were traced and placed under quarantine.

By Saturday evening, the health ministry was reporting 440 infections with almost a quarter of them reported in the past three days underscoring the sharp increase in the rate of transmission.

The biggest infection clusters in Colombo was Bandaranaike Mawatha (Colombo 12) where 81 people tested positive, according to the College of Community Physicians. The virus spread in the densely populated area possibly through contacts of a woman who had returned from a pilgrimage in India last month.