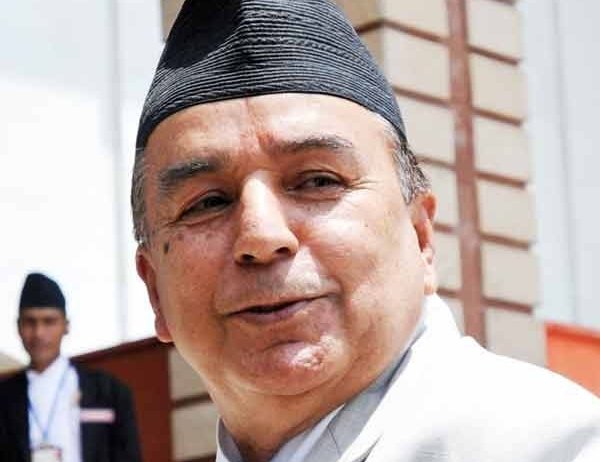 The Government of Japan has announced to confer Nepali congress leader and former speaker of House of Representatives Ram Chandra Poudel Japan’s medal Grand Cordon of the Order of the Rising Sun.

Former Speaker of the House of Representatives of Nepal, Ram Chandra Poudel, is among this year’s foreign recipients and, in recognition of his contributions towards strengthening the relationship between Japan and Nepal, he will receive the Grand Cordon of the Order of the Rising Sun.It decision was made on On 29thApril.

The Government of Japan announced the foreign recipients of the 2020Spring Imperial Decorations.

Poudel, who is now 76 years old, has contributed to the activation of contacts between parliamentarians of the two countries. He established the Japan Nepal Friendship Parliamentarian League in 1999 when he was the Speaker of the House of Representatives of Nepal.

He was the first Chairman of the League from the beginning until 2017.He was also actively involved in the promotion of bilateral relations by receiving many VIPs from Japan such as His Highness Prince Akihito and Her Highness Princess Michiko, Prime Minister Yoshiro Mori, Minoru Kiuchi, State Minister for Foreign Affairs, and others.

Furthermore, he participated in the 40 year, 50 year and 60 year anniversaries of the establishment of diplomatic relations between the two countries and made congratulatory statements.

Japanese Decorations are conferred upon foreigners twice a year, on 29th April and 3rd November, concurrently with the conferment of decorations and medals to Japanese nationals. The Order of the Rising Sun is bestowed upon individuals of merit, in recognition of their outstanding contributions to the nation or public.

According to a press release issued by the Embassy of Japan, this is also conferred upon foreign nationals who have made notable contributions to the promotion of relations between Japan and other countries in areas such as politics and diplomacy, research and education, medicine and social welfare, economy and industry, and culture and sports.