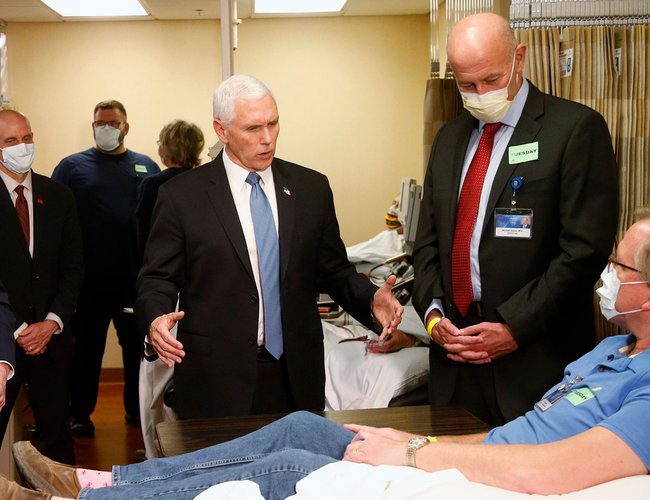 Total deaths were 58,365, according to a running tally by Johns Hopkins University. U.S. coronavirus deaths now surpass the number of American soldiers killed in the 20 years of the Vietnam War, 58,220. The next country with the highest number of coronavirus cases is Spain with 232,000 cases.

The US coronavirus death toll reached a grim milestone on Tuesday, surpassing the number of American lives lost in the Vietnam War, as Florida’s governor met with President Donald Trump to discuss easing shutdowns aimed at curbing the pandemic.

Florida Governor Ron DeSantis is weighing whether to join other states moving to relax workplace restrictions and stay-at-home orders that have battered the US economy even though health experts credit the measures with slowing the contagion.

The meeting at the White House came as Florida announced its highest single-day death toll from the coronavirus and two days before Florida’s stay-at-home order is due to expire.

Despite a high proportion of elderly residents, who are especially vulnerable to the virus, and having waited until early April to lock down its economy, Florida has averted the worst of the health crisis seen in other states such as New York and New Jersey.

“And I’m not criticizing those states, but everyone in the media was saying Florida was going to be like New York or Italy, and that has not happened because we understood we have a big, diverse state,” DeSantis added, touting “a tailored and measured approach” that “did less damage to our state going forward.”

About a dozen states were forging ahead to restart shuttered commerce without being ready to put in place the large-scale virus testing or means to trace close contacts of newly infected individuals, as outlined in White House guidelines on April 16.

With information from the Associated Press and Reuters .