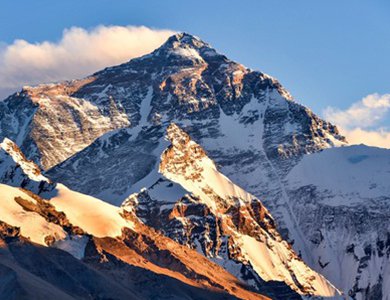 China on Thursday kicked off its 2020 height survey of the world's highest mountain Mount Qomolangma, also known in the West as Mount Everest report the Global Times.

According to Global Times, some 53 Chinese team members are expected to begin their climb to the top of the world's highest mountain in May.

The survey will be conducted using China's BeiDou Navigation Satellite System. All mapping equipment will be domestically developed. Aerospace gravity technology will be deployed to increase the accuracy of the measurement and live 3D technology will be used to display the natural resources of the mountain.

China and Nepal announced in 2019 that the two countries will jointly announce the height of Mount Qomolangma and conduct scientific research.

The mountain is seen as a symbol of friendship between the two countries.

Nepal To Resume Domestic And International Flights By Agencies 3 hours, 6 minutes ago

SC Issues Interim Order To Halt Export Of Aggregate To India By Agencies 3 days, 3 hours ago