Fire Broke out In Taplejung Is Under Control

Fire Broke out In Taplejung Is Under Control 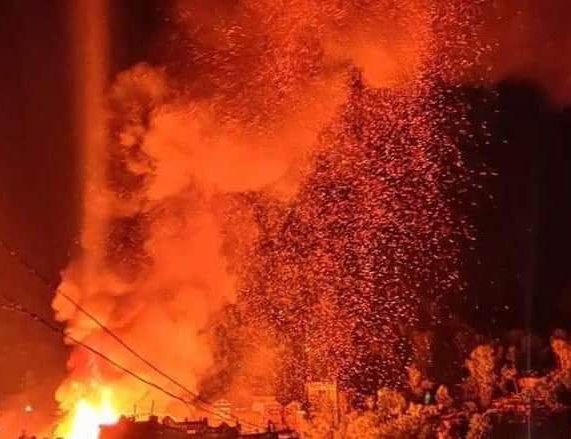 The joint efforts of Nepal Police, Armed Police Force and Nepali Army personnel and local people helped to under control the fire in Taplegunj two hours after it started. Seven houses were gutted by fire that broke out at Phungling Bazaar, the headquarters of Taplejung district, on Friday night.

No human casualties have been reported in the incident. Police said 11 small hotels and shops were operating from the seven houses which were gutted.

According to The Rising Nepal, the houses of seven locals including Khem KC and Khadka Thapa were completely destroyed in the incident that took place at about 10 pm. One house had to be razed down while another one had to be partly destroyed to contain the fire from spreading further, according to locals. It is said the fire broke out all of a sudden from around the Bhandari Khaja Ghar, an eatery, at the locality.