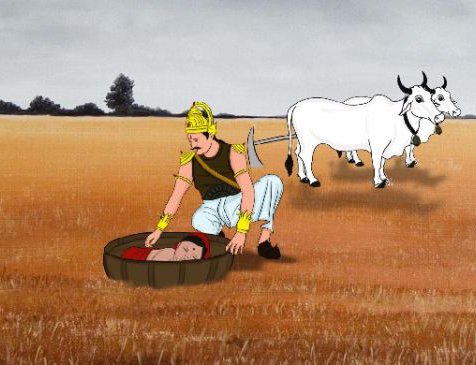 Sita Navami is a festival that is celebrated on the 9th day of the waxing moon (Shukla Paksha) in the month of Vaisakh or spring. This day is the birth anniversary of holy Goddess Sita, the wife of Lord Vishnu’s seventh avatar Lord Ram. Goddess Sita was the princess of Mithila, the kingdom of Raja Janak.

Sita was the adopted daughter of Raja Janak, as he found her while plowing the land and hence the baby got her name 'Sita' from the word 'Sit' that means a plowed land in Sanskrit. Goddess Sita is also known by several other names such as Janki, Bhumi, and Maithili.

This year the holy day of Sita Navami or Sita Jayanti is on 2nd May.

Goddess Sita is the holy deity that holds the position of an ideal wife, as written in the holy tale of Ramayana. On this day married women across the country observe fast and pray for the long life of their husbands, just like Sita Mata did, while she was kidnaped by Ravana.

Devi Sita was born during Pushya Nakshatra. The meaning of Sita is furrow. Married Hindu women keep fast and worship Goddess Sita for long life and success of their husbands.

Shravan Sankranti 2021: Months Of Shiva And Month Of Festival By NEW SPOTLIGHT ONLINE 1 week, 3 days ago