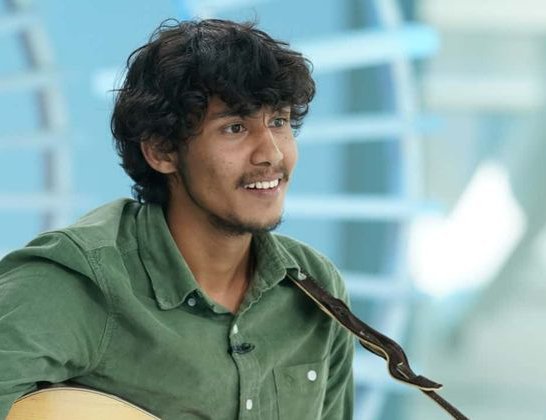 Arthur Gunn (Dibesh Pokhrel) was born and brought up in Kathmandu, Nepal, and has credited the soulful city to developing his passion for music. He moved to Kansas six years ago, and has been living in the US since.

Well, technically top 11 because judges chose to use their one-time-only power to save one competitor from elimination. Judges gave an opportunity to Makayla Phillips, 17, a Temecula, California native who previously competed on Season 13 of “America’s Got Talent”. Therefore, American Idol has 11 finalists in its top 10 in the 2020 edition, which includes Gunn.

According to Nepalese Voice Australia, His rendition of CCD’s ‘Have you ever seen the rain’ impressed the judges of American Idol, Katy Perry, Luke Bryan, Lionel Richie. He continued his progress with other impressive performances, and on Sunday, stunned his fans with a reggae rendition of John Denver’s classic Country Roads.

His performance allowed him to reach the Top 10 of American Idol 2020, with judge Lionel Richie commenting “when you take John Denver’s song with a reggae twist on it and it’s all believable, my friend, it’s all the way to a hit record for you, I’m telling you I love what you did”.

According to online, Gunn aimed for the stars, and landed in the top 10 of American Idol.

Nepal Airlines To Transport All Vaccines Within This Week From China By Agencies 3 days, 2 hours ago

India Hands Over 150 ICU Beds To Nepal As Part Of COVID-19 Cooperation By NEW SPOTLIGHT ONLINE 6 days, 3 hours ago