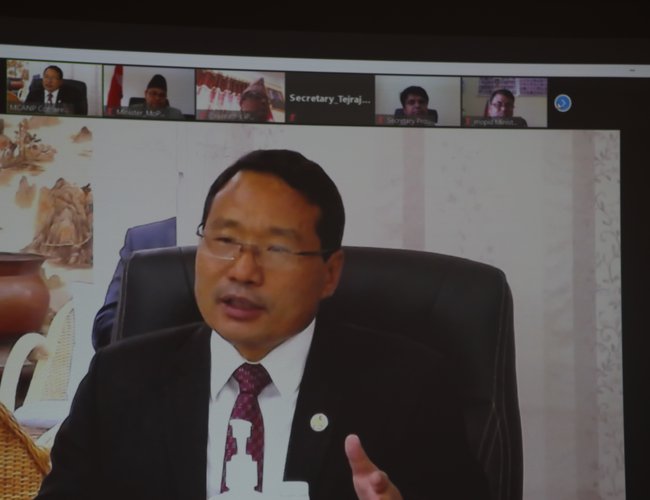 In a joint virtual meeting with provincial ministers from all seven provinces, Minister Pun said new budget will add few new projects and focus to complete the ongoing projects.

He informed that province 2 will have universal coverage of electricity during the ongoing fiscal year. He said that the government has a plan to hundred percent of electrification within the tenure of this government. Minister Pun said that the new budget will be prepared on the basis of one province one big project.

He said that the construction work of 335 MW Dudh Kosi and 105 MW Tamakosi-5 will begin in coming year. He said that the distribution of land compensation in Budhi Gandaki will complete this year.

NEA Needs To Strengthen And Expand Transmission And Distribution System: Experts By Agencies 2 months, 1 week ago

UPPER TAMAKOSHI: Ready For Generation By A Correspondent 2 months, 2 weeks ago

UPPER TRISHULI 3 B Back At Work By A Correspondent 2 months, 2 weeks ago