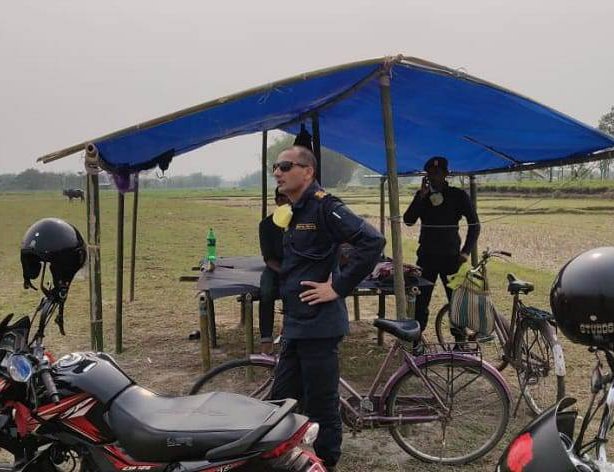 Lokraj Dhakal, President of Nepal Red Cross Society, Jhapa said that the Indian side acknowledged and agreed to initiate legal action against the culprits.

He said that the Indian representatives have apologised over the incident of attempted attack at Nepal’s border security check post in Jhapa district, on Monday Rastriya Samachar Samiti (RSS).

A mob of about 150 Indians carrying home-made weapons tried to attack the border security post near the border pillar 131 on Monday afternoon, forcing the security personnel to open two rounds of blank fire in order to disperse the crowd.

According RSS, the civil society, people’s representatives, and security bodies of both countries sat for talks to discuss the incident, which the Indian side acknowledged and they agreed to initiate legal action against the culprits Lokraj Dhakal, President of Nepal Red Cross Society, Jhapa reportedly told RSS.

According to him, the Indian representatives apologised for the incident. Chief of the District Coordination Committee, Jhapa, Somnath Portel, said both sides have agreed to strictly follow the earlier agreement to restrict movement of people across the border for prevention of COVID-19.

Nepal And Israel Inked Agreement To Provide Temporary Employments For Nepali Youths In Israel By Agencies 4 hours, 9 minutes ago