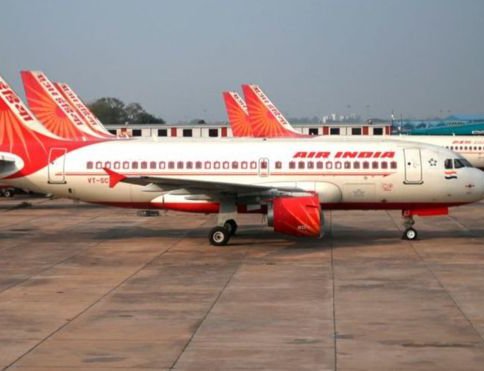 More than 300 Indians stranded by the coronavirus lockdown have arrived India on flights from Dubai in the United Arab Emirates (UAE).

Those returning on the two UAE flights on Thursday arrived in the state of Kerala and went into quarantine.

India suspended all international travel in March before it went into lockdown to curb Covid-19 infections. Nearly 15,000 Indians are expected to return on special Air India flights from 12 countries over the next week.

Passengers have to pay their own fares. They are being tested before boarding flights. Flights from the US and UK which were due to arrive back on Thursday, for instance, were delayed as Covid-19 tests on crew were not done in time, local media reported.

Since it closed its borders, India has operated a few flights to bring back Indian citizens. But the latest exercise, which has been dubbed the Vande Bharath (Hail India) mission, is the most organized effort so far.

Eventually, about 200,000 Indians will be brought back, report local media.

If successful, this would be India's biggest evacuation mission since 1990, when it rescued 170,000 civilians from Kuwait during the Gulf War.

Air India, the country's national airline, will carry out the mission and fly planes to the US, the UK, Saudi Arabia, Singapore, Qatar and Malaysia, among other countries.

The Indian mission in the UAE alone has received 197,000 applications to be repatriated so far.

Most of the flights will go to the southern Indian state of Kerala, from where tens of thousands go to work abroad.

Indians wanting to return will be expected to pay for their tickets (the prices will vary based on the port of departure) and will only be able to board if they're not showing any symptoms of Covid-19.

Details issued by the government said each flight would carry 200 to 250 passengers.

The crew will be in protective gear, while all passengers will have to wear masks and follow social distancing norms and other health protocols. Anyone who shows symptoms during the flight will be moved to an isolation zone in the aircraft.

The passengers will also be subject to extensive screening when they return, and will then be quarantined for at least 14 days. States are preparing quarantine beds in hospitals and temporary care homes.

The country's naval fleet of warships is also being used to evacuate citizens - two ships are currently en route to Male to evacuate 1,000 Indians stuck in port in the Maldivian capital.

India Recorded 70421 New Coronavirus Infection, The Lowest Since The End Of March By Agencies 1 week ago