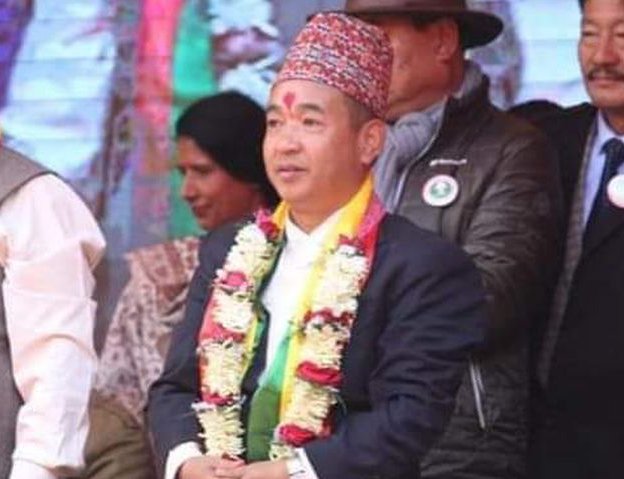 The entire Himlayan state of Sikkim lies in the Green zone with its relative isolation from the rest of the world and state government's swift action of barring visitors both domestic and foreign from visiting the state has resulted in zero case of COVID-19 so far. Sikkim remains the only virus free state in the country. The decision to bar foreigners from entering the state was taken on 6th March which was followed by a complete ban on domestic tourists, migrant workers and visitors from 17th March.

"The State Government has adopted every preventive measure and I once again would like to inform everyone that we have 3 months' worth of essential products in our state," state Chief Minister PS Tamang had said on April 2, when other states where reporting many cases of Coronavirus infections.

The state government had sprung to swift action prior to banning domestic and foreign tourists with compulsory screening of people arriving in the state through roadways- the only viable mode of transportation to reach Sikkim.

"CM has his office doors open most of the time, he is constantly in touch with District heads, has been communicating directly with SDMs and BDOs, has been reaching out to Corona Warriors and frontline officials to take stock of the situation, effective communication with the citizens to spread the preventive measures through the media has greatly helped.All these measures have greatly contributed in keeping the virus at bay," explains Bikash Basnet, Confidential Secretary to the Chief Minister of Sikkim.

He further added for the future preparedness, the state government has availed Rapid Testing Kits and is constructing a Virology testing Lab.

The comparative success of Sikkim in mitigation of COVID-19 is due to the active surveillance of Sikkim Police and Sikkim Armed police along the Sikkim - West Bengal border. "We have been successful in keeping COVID-19 at bay by tightening the surveillance in our borders well on time to keep the disease from creeping in. Today, we are the only state in the country where no positive case has been reported as yet. This is due to the collective efforts of our frontline warriors and citizens. However, we should not be complacent and be extremely vigilant to keep Sikkim safe," said CM PS Tamang. The neighbouring West Bengal district of Kalimpong was declared as a virus hotspot when a family was diagnosed with the virus.

The state government had decided to continue with the pre 20th April lockdown protocol with only limited, identified heavy vehicles to be allowed for transportation of essential commodities in and out of the state to ensure the safety of our drivers and minimise vehicular movement. However state has allowed plying of taxis under even odd formula and opening up of stand alone shops as the third phase of lockdown begins.

"Its not time to celebrate," cautions, Joseph Lepcha, President, Press Club of Sikkim while praising the state for sensitive handling of the pandemic. He has suggested that government must continue to follow centre's directives till the country is not declared COVID-19 free.

The state has started bringing back its residents from others parts of country who are monitored at border crossings at Rangpo and Melli.

"We have commenced the process of bringing back the stranded people and yesterday a total number of 80 Sikkimese people from Siliguri including 19 students from Kota reached Rangpo and were sent to quarantine. They must stay in quarantine for at least 14 days where they will be monitored and tested regularly. We have issued fresh guidelines for them and are following all the necessary precautions to ensure the safety of our frontline warriors and our people," said Chief Minister PS Tamang.

Due to the relentless efforts of doctors, health workers, sanitation workers, NGOs, officials and the co-operation of its people, Sikkim has been fortunate not to have a single case inside the state. But the real challenge starts now with the easing of restrictions.

Aryan Khan, 7 Others To Remain In Judicial Custody Till October 30 By Agencies 4 days, 20 hours ago

52 Dead, 5 Missing With Massive Damage Across Uttarakhand State Due To Flood By Agencies 5 days, 19 hours ago

Death Toll Rises To 18 In Landslide In Kerala By NEW SPOTLIGHT ONLINE 1 week, 1 day ago

Amit Shah’s ‘Untiring Efforts’ For Peace In J&K, Northeast ‘Have Ushered In A New Age’: NHRC chief By Agencies 1 week, 6 days ago