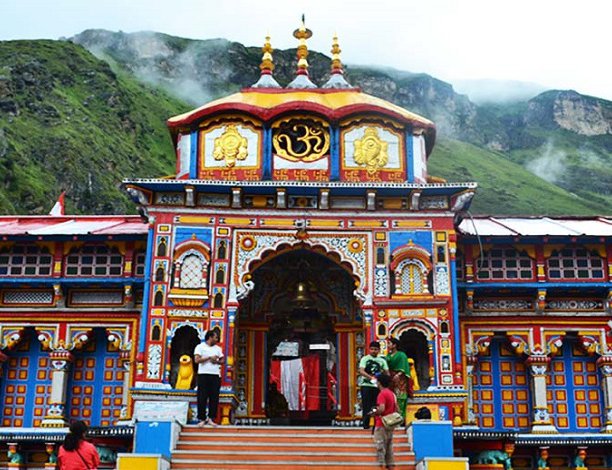 Uttarakhand Chief Minister Trivendra Singh Rawat said that Badrinath shrine will be opened on May 15 at 4:30 am. Only 27 people, including the head priest, will be allowed when the portals of the Badrinath Temple reopen on May 15, officials said on Monday.

"Devotees will not be allowed entry into the temple during that time. The decision has been taken in view of the guidelines issued by the Centre amid Covid-19 pandemic," Anil Chanyal, Sub-Divisional Magistrate (SDM), Joshimath, said in a statement. On April 29, the portals of Kedarnath Temple were thrown open after a six-month-long winter break. There also pilgrims were prohibited from visiting the shrine because of coronavirus lockdown.

Last week, Apart from that, May 5 had been selected to extract sesame oil for the 'Gaadu Ghada' tradition. The portals of Badrinath and Kedarnath shrines are reopened around this time of the year after a six-month-long winter break and clearing of snow along the track leading to the shrines.

Ahead of the re-opening, a high-level meeting was held at Chief Minister's residence in view of Covid-19.

The Temple doors are closed around October- November (dates are fixed on Vijayadashmi) at the advent of winters and will opened again for worship at around last week of April or first week of May (dates are decided on Basant Panchami ).

The Badrinath temple opens every year in the month of April-May & closes for winters in the third week of November. Thus the temple is shut down for 6 months every year during which prayers to the Badri Vishal continue at the Narsimha temple in Joshimath. This year Badrinath Temple will be open on 15 May 2020 at 04:30 am.