The Government Will Bring A Relief Package: Minister Pun

The Government Will Bring A Relief Package: Minister Pun 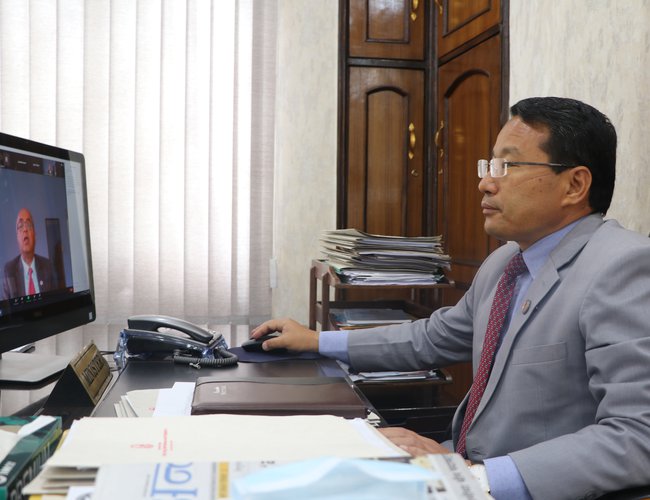 Minister for Energy, Water Resources and Irrigation Barshaman Pun said that the government the government will bring a relief package for the affected sector including hydropower.

Speaking through a video conference organized by the Society of Economic Journalists Nepal, minister said that the ministry will address the problems of hydropower and other sectors created by the COVID-19.

“The ministry will play a role to address the problems of the private sector, including power producers. The ministry will resolve the problems which fall under its right itself and will facilitate to endorse policy from the parliament if required,” he said Stating that a huge problem had been seen in power purchase agreement (PPA), financial closure and generation licence, among others, in the hydropower sector due to the impact of COVID-19, he assured to resolve all these issues.

Talking about the upcoming budget, he said the ministry would allocate required amount of budget for carrying out the mega projects in all states.

He said that the works of these projects would start by completing the feasibility studies and arranging the required investment.

Minister Pun said that the ministry had proposed to split the Nepal Electricity Authority and give power distribution authority to the States in the next fiscal year.

NEA Needs To Strengthen And Expand Transmission And Distribution System: Experts By Agencies 1 month, 4 weeks ago

Upper Tamakoshi Resumes Testing Of Tunnel By Agencies 2 months ago

UPPER TAMAKOSHI: Ready For Generation By A Correspondent 2 months, 1 week ago

UPPER TRISHULI 3 B Back At Work By A Correspondent 2 months, 1 week ago