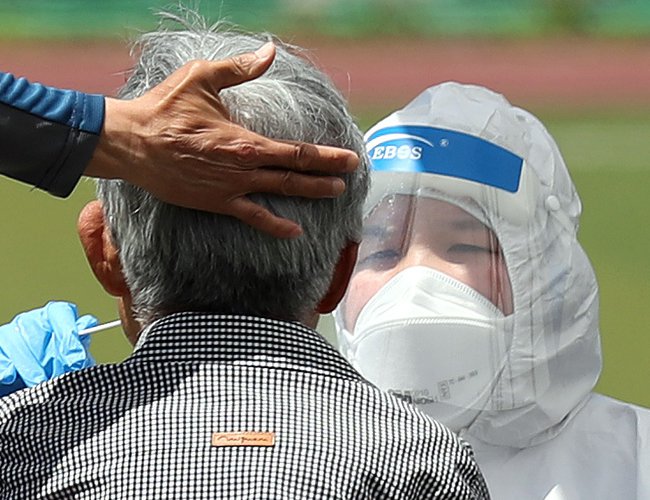 Aggressive testing and contact tracing are back in full swing in South Korea, as new chains of coronavirus infections continue to pop up sequentially after an outbreak linked to nightclubs and bars in Itaewon, central Seoul.

Health authorities added four new clubs and bars -- MADE, Pink Elephant, The Fountain and Pistil -- to the list of locations where mass transmissions are believed to have occurred. That raises the number of establishments in Seoul’s popular nightlife spot under the scrutiny of quarantine officials to nine, with the previous five being King Club, Trunk Club, Club Queen, Soho and H.I.M. The mass transmissions are thought to have occurred April 24 through May 6.

The scaled-up investigation comes as authorities say the nightclub cluster probably has multiple epicenters. Cases have been detected with no apparent correlation to the cluster’s first identified patient or anyone in that chain of contacts.

“We are collecting lists of visitors and taking necessary measures on the nine sites for the possibility that they could be infection sources or that the places could be exposed to the virus by those who were infected,” said Jung Eun-kyeong, head of the Korea Centers for Disease Control and Prevention.

The total number of infections traced to clubs and bars in the popular nightlife area of Itaewon had increased by 17 to 119 in the last 24 hours as of noon Wednesday, according to the KCDC. Seoul reported 26 cases linked to the Itaewon cluster.

Of the 119 patients, 76 were visitors to Itaewon and 43 had come into close contact with them.

Efforts to contain the virus’s spread look set to expand beyond Itaewon, as cases have also been linked to bars in other nightlife meccas in Seoul. Outbreaks are suspected at Damotori 5 bar in Sinchon and at another bar near Hongik University, Jung said.

Earlier, Prime Minister Chung Sye-kyun said the government had set a goal of finding all Itaewon visitors within this week to carry out coronavirus tests, urging those who remained unresponsive to messages from the authorities to come forward.

“For the last time, I request that they report voluntarily. We don’t have much time left to wait,” he said.

Spurred by the government’s repeated requests and anonymous testing, the country conducted 15,030 tests on Wednesday alone, the highest figure since March 31.

To protect the privacy of those who visited clubs that cater mainly to LGBT clientele, Jung said the government would update its guidelines on the public disclosure of information about new COVID-19 cases.

It will direct municipal governments to issue separate notices for the disclosure of certain places of mass infections and for patients’ minute-by-minute movements.

Seoul Mayor Park Won-soon said foreign nationals accounted for 11 percent of the 10,905 people who used cellphones connected to cell towers near five Itaewon clubs and bars between April 24 and May 6 within the time frame in question -- 1,210 people.

According to the Seoul Metropolitan Office of Education, of 53 native English speakers who work as language teachers at schools in Seoul and who were found to have visited Itaewon, six had gone to entertainment establishments there. Four received negative results while two were waiting for their results.