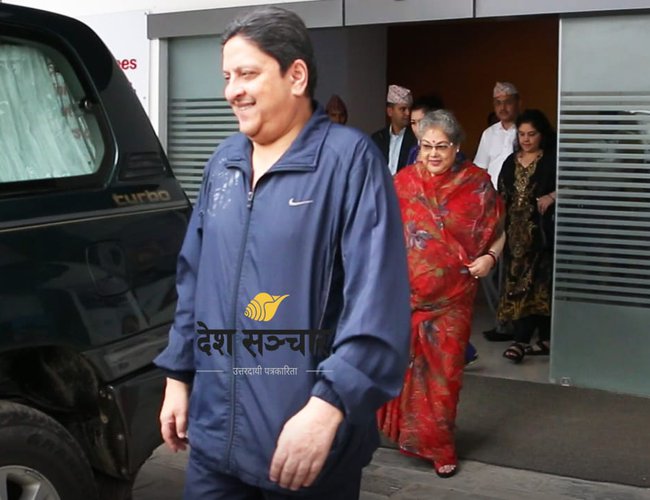 Former King Gyanendra and Komal along with his security team left Himalayan Tea Garden, Damak Jhapa on the way to Kathmandu after Ministry of Home Affairs has issued a vehicle pass to him.

After vehement criticisms in social media and common people, Ministry of Home Affairs provides a vehicle pass to former King Gyanendra Shah and Komal Shah to travel back home Kathmandu from Jhapa.

Former King Gyanendra has been leaving in Damak since last two months following announcement of lockdown by the government.