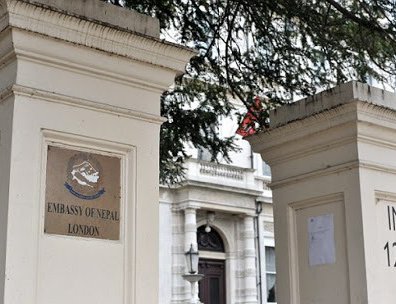 According to London based Nepali Embassy Spokesperson, Sharad Raj Aran, of the deceased, 52 are male and 11 female.

People living in the most deprived areas of the United Kingdom are more than four times likelier to test positive for COVID-19 than those living in the richest neighborhoods, according to new research.

A University of Oxford study looked at more than 3,600 COVID-19 test results from national programs and found that deprivation, age and chronic liver disease all increased the likelihood of testing positive.

Of that sample, 29.5 percent of people living in the most deprived areas tested positive, compared with just 7.7 percent of those in richer areas, the study showed on Saturday.

Those aged 40-64 were at the highest risk, with 18.5 percent of that age group testing positive compared with just 4.6 percent of those below the age of 17.

A greater percentage of men (18.4 percent) tested positive than women (13.3 percent). And Black people were more than four times as likely to test positive than white people - 62.1 percent and 15.5 percent respectively.

Nepal Airlines To Transport All Vaccines Within This Week From China By Agencies 2 days, 18 hours ago

India Hands Over 150 ICU Beds To Nepal As Part Of COVID-19 Cooperation By NEW SPOTLIGHT ONLINE 5 days, 19 hours ago