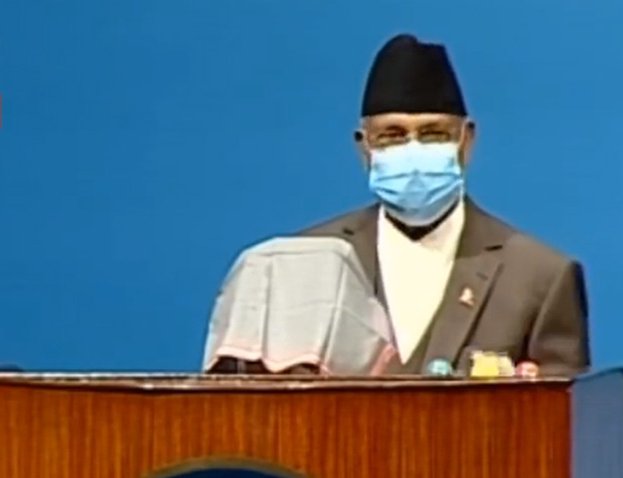 Prime Minister KP Sharma Oli on Tuesday said no body needs to instigate us to defend our territory encroached by India. Commenting on remarks of Indian Army Chief Army Chief General Manoj Naravane who said recently that Nepal May Have Raised Issue Of Lipulek At Someone Else’s Behest.

Prime Minister Oli said that we will reclaim ownership of India encroached Nepali territories of Limpiyadhura, Lipulek and Kalapani.

PM Oli talked in length about the burning issue while responding to the parliamentarians’ concerns over the government policy and programmes. “Nepal will take back its encroached territories through firm diplomatic effort. “We are in favor of truth and justice, and turth with prevail,” said PM Oli.

During the discussions over the government’s policies and programs for the upcoming fiscal year 2020/2021in the House of Representative meeting today PM Oli asked India whether it believes in its national emblem where a line under a lion in the Sanskrit reads 'truth may prevail' or the lion itself which symbolises wrath and power.

He said that the proposal to pass the new political map which includes Lipu Lekh, Limpiyadhura and Kalapani by amending the constitution would be made at the federal parliament soon.

Citizens will celebrate the day when the proposed amendment in the constitution is passed by the house, said PM Oli. Nationality of a nation is not determined by the area it covers, he said.

"Countries around the world may be different in size and developmental aspects but all countries are equal when it comes to sovereignty," the PM added. He also said that Nepal is willing to resolve the border issues with India via diplomatic channel.

Prime Minister KP Sharma Oli has said that the government has so far built infrastructure to keep 97,000 people in quarantine and 3,000 people in isolation in the country in relation to the battle against COVID-19 pandemic .

The PM said so today while responding to the queries of the lawmakers over the Policy and Programme of the government for the upcoming fiscal year FY 2020/2021 as presented by President Bidya Devi Bhandari on May 15 at the joint session of the federal parliament.

PM Oli said that 23 thousand quarantines in the country were well facilitated, adding, the government is making utmost efforto to keep the country free from COVID-19.

"Currently, 396 people are receiving treatment in isolation in Nepal," said the PM. "More than 3,000 people can be kept in isolation all over the country at a time."

Due to the foreign returnees, we've been unsuccessful in the campaign to make Nepal free from the new coronavirus, he said.

"Due to lack of awareness in citizens about the virus and its preventive measures, the possibility of the virus emerging as a threat to public health is increasing here," he said.

Stressing that lockdown and quarantine was vital in combating the virus, PM Oli said that Nepal had entered into nationwide lockdown after detection of COVID-19 infection in two persons. 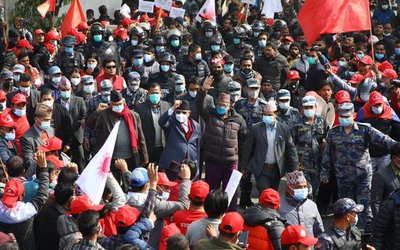