Kalapani Issue Is Between Nepal And India: Chinese Spokesperson

Kalapani Issue Is Between Nepal And India: Chinese Spokesperson 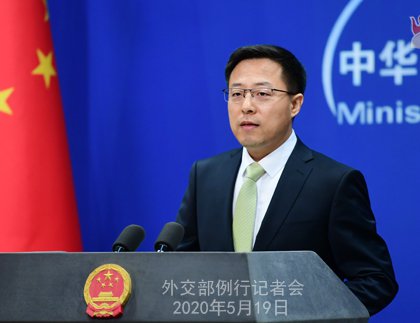 “The issue of Kalapani is between Nepal and India. We hope the two countries will resolve their differences properly through friendly consultations and refrain from taking any unilateral action that may complicate the situation,” said spokesperson Zhao replying a query.

Shenzhen TV: Reports say that India has built a road in the Kalapani region, an area that is under dispute between India and Nepal. The Government of Nepal has raised objection, calling on India to stop infringing on Nepal's territorial sovereignty. Last week, Indian Army Chief General Naravane said during a webinar organized by the Manohar Parrikar Institute of Defense and Analysis (IDSA) that there may external forces involved in the territorial disputes. What is your comment?

Nepal To Resume Domestic And International Flights By Agencies 4 hours, 44 minutes ago