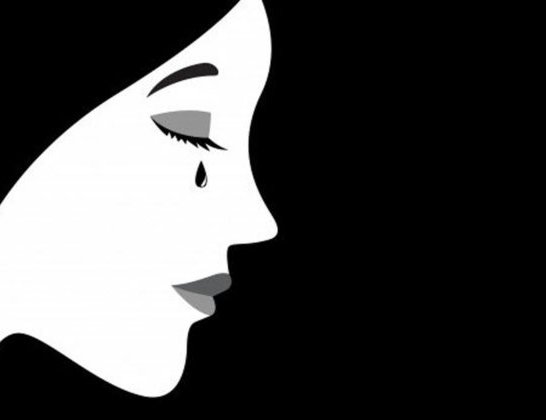 Although the lockdown has brought the country to a standstill, the sad part is that the suffering of women has increased during the lockdown. From violence to rape and torture, women face all kinds of difficulties.

At a time when the country has been on lockdown for 42 days, the incidents related to cases of violence against women have increased recently.

According to data collected by the Women Rehabilitation Center (WOREC) through its three hotlines and 28 psycho-social counselors, the numbers has increased: it recorded 176 cases of violence against girls and women during the lockdown between March 24 and May 1.

Of the cases, 103 are related to domestic violence, 15 are to social violence, 26 are related to rape and five are attempted rape. One murder, two are either murders and suicides (under investigation), seven of sexual harassment, 11 suicide cases, two of attempted murder and two cases relating to cyber crime were registered in the WOREC.

Among them, 74 have approached the police and 22 cases have been sent to the mediation committee, 21 are staying at relatives' home and remaining have not sought help from any organizations.

The WOREC has spoken the need of a mechanism capable of addressing the possible cases of VAW during the lockdown against COVID-19. It has also demanded separate space for those women and girls recommended for quarantine.

During lockdown, 35 cases were reported from Siraha, followed by 26 from Morang, 23 from Dhanusha, 20 from Kailali, 14 from Dang, 12 from Sunsari and nine from Rukum.

The coronavirus is exacerbating pervasive gender inequalities and discrimination facing women in the region. Gender and social inequalities that underpinned societies in Asia and the Pacific before the novel corona virus disease 2019 (COVID-19) pandemic are now exacerbated, making bad situations for women and girls even worse, warns a new report by UN Women.

A recent work by WOREC, an NGO, highlights pathetic conditions of women due to COViD-19 and shut down. It reported the domestic violence intensified many times within the last one month.

“Asia and the Pacific continue to be the region most prone to natural disasters in the world. The gendered impacts of additional disasters within the context of COVID-19 can be anticipated: A Mekong drought, for example, combined with the increased need for hygiene practices such as hand washing in the context of the pandemic, will likely result in significant increases to the unpaid care work burden of women, who are primarily responsible for collection of water for household use,” says Mohammad Naciri, UN Women Regional Director for Asia and the Pacific.

“Response and recovery efforts must place the needs of women and girls at the centre and be grounded in the socio-economic realities that they face,” he added.

The ‘100 Days’ gender report discusses the impacts and the potential way forward on issues including women, peace and security, gender and disaster risk reduction, ending violence against women and women’s economic empowerment, while stressing the specific needs of marginalized and underserved groups, including refugees, women with disabilities, LGBTQI persons and women living with HIV.

The report also brings to light that a gender lens on this crisis enables us to leverage existing work and expertise – from rebuilding in disasters to rebuilding peace – to ensure that the world post-COVID is built on principles of human rights and gender equality.

As governments around the world issue stay-at-home orders to fight the coronavirus pandemic, a worrying trend has emerged. The UN is calling a rise in domestic violence a “shadow pandemic” and experts say a number of measures need to be implemented immediately.

The coronavirus was affecting financial situation of many and it will increase the violence.

"The stress of losing a job or seeing cuts to income can make some people turn abusive," say expert. "Even if the person has never displayed abusive tendencies before, these can emerge suddenly."

They argue that the economic difficulties of the current situation are exacerbated by the fact that people are being forced to stay at home. Victims often have nowhere to turn.

The reality is especially distressing for women who were ready to leave before the pandemic and now have to stay at home, where they could face further abuse.

In a report issued on April 6, a United Nations organization for women's empowerment said the number of women being subjected to violence at the hands of their partners was increasing as couples was forced to spend more time together.

The report says domestic violence has increased by 30% in France since the start of a mandatory stay-at-home order on March 17. Other countries with significant jumps include Singapore and Cyprus, where calls to domestic violence hotlines have risen more than 30%. The report also says demand for women's shelters is growing in Canada, the United States, Germany, Spain and the United Kingdom.

The UN has urged governments to guarantee shelters and provide online services that women can use via text.

Women organizations working to stop domestic violence are calling on the government to keep consultation centers open. They argue that a system offering flexible options for temporary protection needs to be in place before the centers are closed.

Nepal Is Committed To Protect Human Rights Of The People: Foreign Minister Gyawali By NEW SPOTLIGHT ONLINE 11 hours, 21 minutes ago

President Bhandari And PM Oli Congratulate President Biden On Assumption Of The Office Of The United States By NEW SPOTLIGHT ONLINE 22 hours, 32 minutes ago