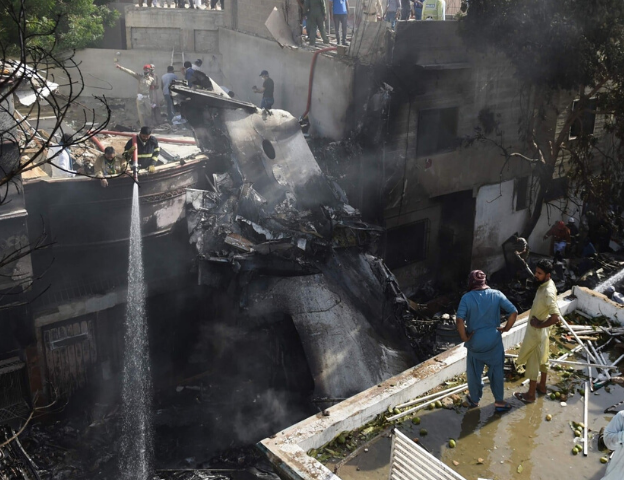 A Pakistan International Airlines (PIA) passenger plane, with an estimated 99 people onboard, crashed in Karachi's Model Colony near Jinnah International Airport on Friday. However, two persons survive and survivors are in stable conditions reports DAWN.

Sindh health officials have said that 97 people have been confirmed dead, while two survived the crash.

Pilot had communicated a technical difficulty to the air traffic control moments before crash. Plane crashed a few hundred feet away from the runway

According to DAWN, both survivors are in stable condition. 19 victims have been identified.

PIA spokesperson Abdullah Hafeez said that the A320 Airbus was carrying 91 passengers and 8 crew members from Lahore to Karachi on PK 8303. Eyewitnesses said the Airbus A320 appeared to attempt to land two or three times before crashing in a residential area near the airport.

“The aeroplane first hit a mobile tower and crashed over houses,” witness Shakeel Ahmed said near the site, just a few kilometres short of the airport, according to Reuters.

Meeran Yousuf, the media coordinator for the Sindh health minister, confirmed to Dawn.com that two passengers had survived and were brought to hospitals. She identified the survivors as Zubair and Zafar Masood, who is the president of Bank of Punjab.