Chinese Foreign Minister Warned Of “New Cold War” With US

Chinese Foreign Minister Warned Of “New Cold War” With US 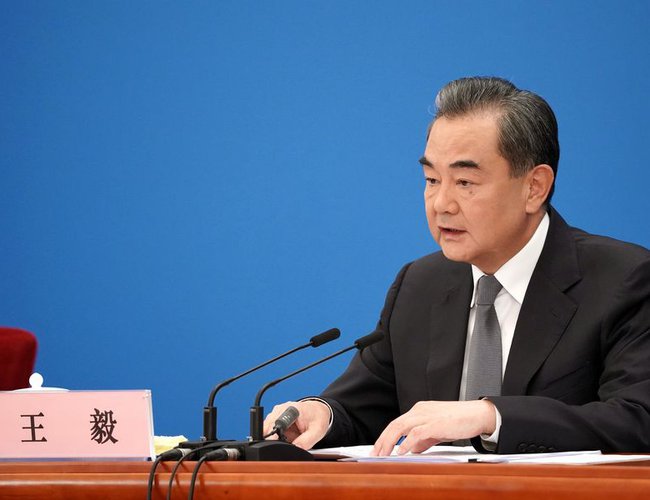 Foreign Minister Wang has said Hong Kong pro-democracy protests, which began in June of last year and at times descended into violence, have undermined the agreement that gives Hong Kong its special status and the new legislation would help prevent any behaviour that posed potential security threats.

Speaking at a news conference on Sunday, Chinese Foreign Minister Wang Yi, in a response to growing international condemnation of the move, said Hong Kong affairs were an internal matter for China, and "no external interference will be tolerated".

On Sunday, Wang accused "some political forces in the US" of "taking China-US relations hostage and pushing our two countries to the brink of a new Cold War".

The escalation of tensions intertwines with US officials' condemnation of China's handling of the coronavirus pandemic, which first appeared in the city of Wuhan in December of last year, Wang said.

US officials should focus on the outbreak in the US, which has become the hardest-hit country in the world, he added.

"China has always advocated that, as the world's largest developing country and the largest developed country, both of us bear a major responsibility for world peace and development," said Wang. "China and the United States stand to gain from cooperation, and lose from confrontation."

The two superpowers are in a deepening war of words amid disputes over the handling of the coronavirus pandemic and trade deals.