Japan To Lift State Of Emergency For All Areas

Japan To Lift State Of Emergency For All Areas 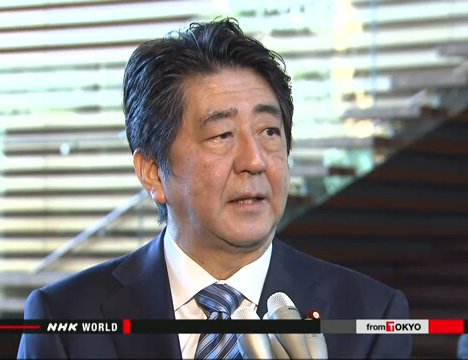 The Japanese government plans to lift the state of emergency that remains in place in five prefectures after consulting with its coronavirus advisory panel on Monday. The emergency has been in place for over a month reports NHK.

The areas still under restrictions are Tokyo and three prefectures surrounding the capital as well as Hokkaido in the north.

In Tokyo, the number of new infections over the past seven days has been below 0.5 per 100,000 people -- one of the criteria for the state of emergency to be lifted.

Neighboring Chiba and Saitama prefectures have also met that bar.

After hearing from the advisory panel on Monday, the steering committees of both chambers of the Diet will be briefed on the decision.

Prime Minister Abe Shinzo is set to hold a news conference at around 6 p.m.

One person said, "It's a difficult decision. But it's good for our economy. I can't imagine one more month to go."

Another person said, "I'm afraid the pandemic might resurge if we relax. We should be on alert."

The government plans to issue basic guidelines on resuming social and economic activities, including large-scale events, nationwide travel and tourism.

Forty-two new infections were reported on Sunday, 14 of them in Tokyo. It's the first day since Thursday that Tokyo has seen over 10 new cases.

Delta Variant As Contagious As Chickenpox, May Cause More Severe Infection: Report By Agencies 2 days, 13 hours ago