Madhesh Based Party Demand To Include Its Agenda In The Amendment

Madhesh Based Party Demand To Include Its Agenda In The Amendment 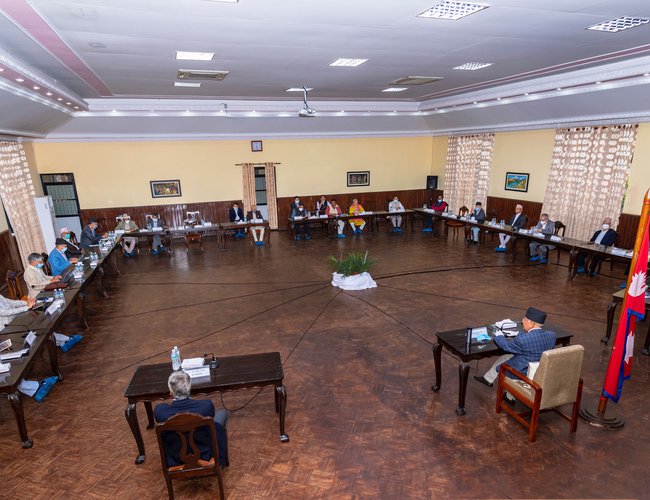 Janata Samajbadi Party has demanded to include their demands in regards to amendment of the Constitution. The leaders of the party said that it would further consolidate national consensus.

In an all-party meeting held at the Prime Minister's residence, Dr. Baburam Bhattari, leader Upendra Yadav and Sarat Singh Bhandari demanded to consider their demand to include in the amendment of constitution. They argued that they agree to defend the border but there must be protection of people’s right.

Although they rose to include their demand in the amendment proposal, they do not defer on matters concerning territorial integrity," said foreign minister Pradeep Kumar Gyawali.

NC President Sher Bahadur Deuba sought some time for discussion, despite sharing the party's intention to vote in favor of the amendment. The matter will be decided by the party's central committee meeting.

The meeting called by prime Minister K.P Sharma Oli to forge a consensus among the parties represented in the parliament to amend the Constitution so as to include the updated map of the country in the Schedule (emblem) of the Constitution reports.

During the meeting, Prime Minister Oli said that the matter should be dealt with based on a national unity on the matters of national integrity and sovereignty. He requested all the parties in the parliament to join hands and stand in favor of the amendment.