Situation In China-India Border Area Is Stable And Under Control: Chinese Foreign Ministry

Situation In China-India Border Area Is Stable And Under Control: Chinese Foreign Ministry 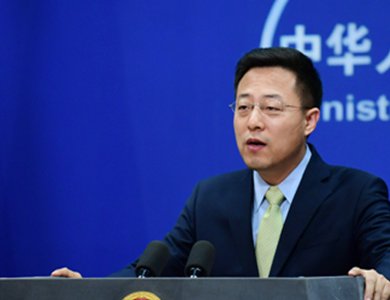 Zhao said that China's position on the border issue has been consistent and clear. China has been earnestly implementing the important consensus reached by the leaders of the two countries, strictly abiding by the relevant agreements, and is committed to safeguarding national security and peace and stability in the China-India border area.

Indian media reports said China recently deployed 5,000 more troops to the border area with India, and diplomats of the two countries have started talks on a peaceful resolution reports The Chinese media.

Israel Says 160 Terrorists Killed In Gaza Since Beginning Of Operation By Agencies 2 hours, 10 minutes ago