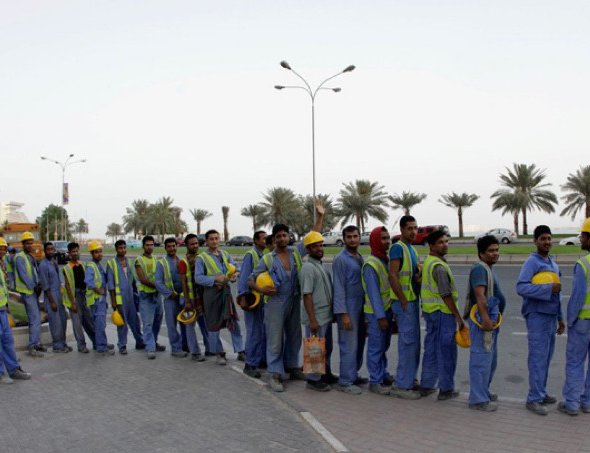 Nepal Government informed that around 600,000 Nepalis have registered with embassies around the world for their repatriation.

According to a report presented at a meeting of the High Level Coordination Committee For the Prevention and Control of COVID-19 chaired by Deputy Prime Minister and Defense Minister Ishwar Pokharel, many of them are migrant workers who have lost their jobs and students and others who are simply unable to fly back home because of the coronavirus restrictions.

The Nepali nationals stranded in Qatar, Dubai, UAE, the Maldives and Bangladesh are in the priority list of the government reports The Rising Nepal.

The government has decided to begin a massive rescue operation in a phase-wise manner to bring home the Nepali nationals stranded aboard due to the coronavirus restrictions.

The rescue will be done based on the urgency of the stranded people, said the government.

A meeting of the committee has decided to rescue the stranded Nepali nationals soon. The initiation was taken as per the Cabinet decision of May 18 to bring stranded Nepalis home from abroad. The Cabinet had already endorsed the rescue operation procedure reports the paper.

Te committee has already prepared action plan to bring home the stranded Nepali nationals, whose lives have been overturned by the pandemic, from around the world..

Narayan Prasad Bidari, Secretary at the Prime Minister’s Office, who is also a spokesperson of the committee, said the rescue operation would be phase-wise.

“Priority will be given to the most vulnerable categories, with medical emergencies, pregnant women, disabled people, senior citizens and the bereaved people, among others,” said Bidari.

He said the Nepali nationals stranded in the third countries would be brought back after their authentication.

Bidari said the people who were in civil service and had reached the third country for study and training could also register their details in the Nepali embassies of the respective countries for their repatriation.

The Ministry of Foreign Affairs would prepare chart of the people who wanted to return to the country along with their details, he said.

The Ministry for Culture, Tourism and Civil Aviation would make all the arrangements for the rescue operation, he added.

Likewise, the committee has also finalised certain Nepal-India border points from where the Nepali nationals stranded in India would be brought home.

Nepal Airlines To Transport All Vaccines Within This Week From China By Agencies 4 days, 12 hours ago