King Birendra And His Family: Nineteen Years After Massacre

Nineteen Years After Massacre Of King Birendra And His Family 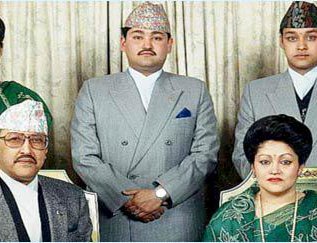 Following the Royal Palace Massacre nineteen year ago, Nepal has seen many changes. Nepal turned from monarchy to republic and unitary to federal state. With the two third majorities in the Parliament, Nepal Communist Party is ruling the country.

The June 19,2001 is regarded as a tragic year in the history of Nepal. Today is the nineteenth year of tragic Royal Palace masacare in the history of Nepal when many members of King Birendra families were killed. It was a warm Friday evening on June 2001 in Kathmandu, Nepal and King Birendra Shah was looking forward to having a banquet with his friends and family. The evening started off well, but it ended in a tragic bloodbath which shook the country to its very core.

Birendra wasn’t just moderate and fairly liberal in his rule: he was also capable of change. In 1990, Birendra gave up absolute kingly power following demonstrations in Nepal and agreed to share his leadership with an elected parliament. To many, Birendra was a father figure, a symbol of stability in the country. He was liked by many.

Birendra’s family, the Shahs, had ruled Nepal since 1769 when Prithvi Narayan Shah defeated his rivals and made himself king. Prithvi had secured his families power for centuries to come, but was he also responsible for the tragic events which would happen over 200 years later?

Palace guards first heard gunshots at around 9pm that evening. When they rushed upstairs to the room where the Royals were dining, they were greeted by a horrific sight: the room was dripping with blood and littered with bullet cases. Bodies were strewn across the floor. The gunman seemed to have vanished.

King Birendra lay in a pool of blood coming from a gunshot in his head, surrounded by dozens of dead and wounded diners. The guests were rushed to hospital where the King, his wife Queen Aishwarya, daughter Shruti and son Niraja were pronounced dead. Remarkably, crown prince Dependra was still alive despite also being shot in the head.

The King wasn’t just idolised in Nepal: he was thought of as the reincarnation of the Hindu God, Krishna and was revered throughout the land. So who would dare slay a Godly ruler and his immediate family?

Birendra wasn’t just moderate and fairly liberal in his rule: he was also capable of change. In 1990, Birendra gave up absolute kingly power following demonstrations in Nepal and agreed to share his leadership with an elected parliament. To many, Birendra was a father figure, a symbol of stability in the country. He was liked by many.

Nepal is still one of the poorest countries in the world, with many of its inhabitants living on less than $1 a day. In contrast to the meagre means of many locals, the Royal Family lived in a huge palace and enjoyed a lavish lifestyle full of sports cars, trips abroad and parties.

Dependra’s upbringing was a formal affair with little paternal affection. As an adult, the young prince enjoyed spending time with the locals and got to know what life was like on the other side of the palace walls. He was seen as an accessible, friendly man who was well-liked by the people. He also drank, took drugs and partied, which didn’t always go down well with the Royal Family, and was known to be aggressive and unstable at times.

A surviving eyewitness to the murder backed up the claims that Dependra was responsible during a press conference held a week after the attacks, but he failed to explain how the Prince also came to be shot in the head.

Nepal Commemorates International Day For The Elimination Of Violence Against Women By NEW SPOTLIGHT ONLINE 4 days, 7 hours ago

Omicron: WHO Warns Of 'High Infection Risk' Around Globe By Agencies Nov 30, 2021