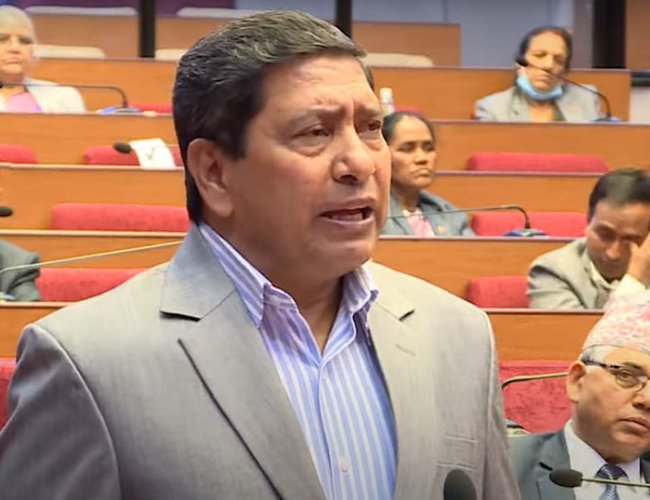 Taking a special time in National Assembly, spokesperson of NCP Shrestha urges Indian Prime Minister Modi to pray for blessing from Pashupatinath and Muktinath to move in the road of truth. He added that Modijee as a spiritual person need to pray for both the lord.

He urged Modi to correct encroachment tendency and stand in the path of truth and improve Nepal India relations at historic level. “In this period, prey Pashpatinath and Muktinath as your spiritual personality,” said Shrestha. Take power and blessing not to encroach an inch of land of this pure country. There were tendency to encroach and capture land. You need to correct it standing for truth and strengthen Nepal-India relations in new height,” said Shrestha, former foreign minister.

He said that Nepal is ready to settle the border issue with India through dialogue and on the basis of evidences. Shrestha said that Nepal India need to amend all unequal treaty between the two countries including the treaty of 1950.

Shrestha requested Indian Prime Minister Modi to take a lead to establish Nepal India relations on the basis of sovereign equality abrogating all unequal treaty. He expressed regret over India not to accepting report of Nepal India EPG.