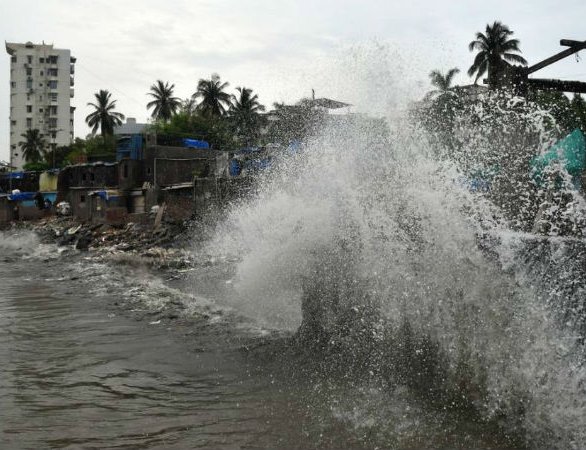 Police and civic officials said three people died --two in Pune and one in Raigad district in cyclone-related incidents as the storm slammed the coastal districts of Maharashtra from the Arabian sea.

Cyclone Nisarga made landfall in Raigad district, south of Mumbai, with wind speeds of up to 120 kmph on Wednesday, after thousands of people were evacuated in Mumbai, trains rescheduled, flights cancelled and fishermen ordered out of the seas as the region braced for the cyclone.

Already down on its knees from the raging Covid-19 pandemic, Mumbai was facing a cyclone for the first time in 72 years. A slight of change of direction towards northeast meant, the impact of the cyclone on Mumbai was less severe than originally expected. The cyclone now lies over north-central Maharashtra.

Police and civic officials said three people died --two in Pune and one in Raigad district in cyclone-related incidents as the storm slammed the coastal districts of Maharashtra from the Arabian sea.

Overall, the worst has passed and the cyclone situation was well-negotiated because of timely preparations and coordination between central and state authorities," the NDRF chief said.

He said about one lakh people were evacuated from the affected areas.

The Met department has predicted that it is very likely that Palghar will receive "heavy rain" (64.5-115.5 mm) at isolated places on Thursday. It was also "very likely" that Mumbai, Thane, Raigad, Ratnagiri and Sindhudurg, which also came under the influence of the cyclone as did Palghar, will receive "light to moderate rains" (2.5 mm to 64.4 mm) on Thursday.

Nashik, predicted to be hit by the cyclone, is very likely to receive "heavy rain at isolated places" on Thursday, while Pune may see "light to moderate rain", the IMD said.

Ahead of Nisarga's landfall, thousands of people in its path were evacuated, trains rescheduled, flights cancelled, fishermen ordered out of the seas and rescue workers were put on standby.

The cyclone did not cause any major damage on the southern coast of Gujarat where over 63,700 people from eight districts were evacuated.

The IMD had said kutcha houses, trees, electric poles may fall as they may not be able to withstand the speed of the storm. However, as the cyclone weakened into a depression, it was clear that the extent of damage was far lesser than anticipated.

Ahead of Nisarga's landfall, the state government authorities had asked people in vulnerable areas to shift to safer places.

Authorities in Gujarat had shifted over 63,700 people living close to the coast in eight districts to safer places as a precautionary measure, an official said.

All fishing boats which were out in the sea off Palghar coast in Maharashtra returned before the landfall, an official said. 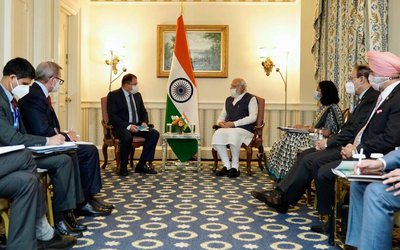 Indian PM Modi In US To Address UNGA Summit And To Attend High Level Meeting In Washington By Agencies 1 day, 9 hours ago 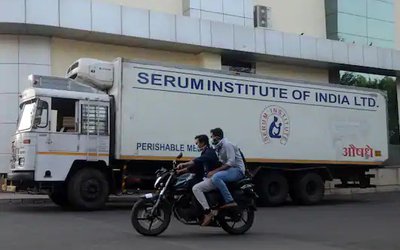 UK Approves Covishield For Travel By Agencies 2 days, 9 hours ago

UK Government’s Decision To Not Recognise Covishield Is Discriminatory Policy: India By Agencies 3 days, 8 hours ago

India Concerned About Implications Of Changes In Afghanistan: Foreign Secretary Shringla By Agencies 4 days, 8 hours ago