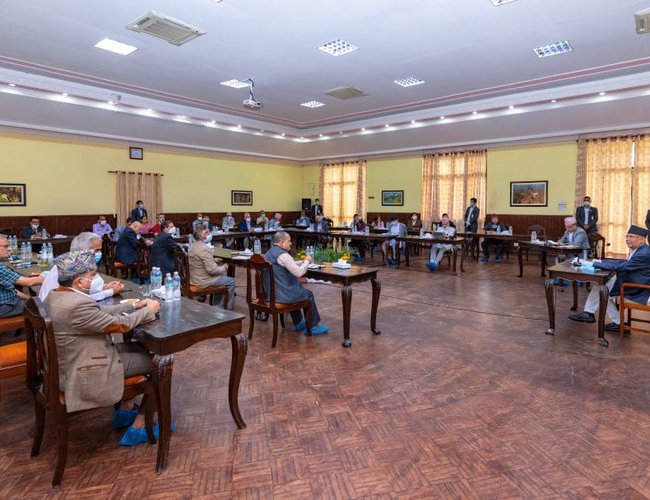 Experts from various fields including Economic and Health sectors have suggested the government to facilitate socio-economic activities amidst the lockdown imposed to check the spread of Corona Virus reports Rastriya Samachar Samiti (RSS).

In a consultation hosted by Prime Minister KP Sharma Oli at his official residence in Baluwatar today, they said measures should be adopted to provide treatment to the COVID-19 infected making proper use of the limited resources, while also focusing on public sensitization against the deadly virus. They suggested strategies that could help gradually resume socio-economic activities in the country.

The government has enforced lockdown up to 14 June and subsequently made public a plan to repatriate its citizens stranded in India and other third countries. Lately, there is growing pressure on the government to gradually resume the social and economic activities.

COVID-19 VACCINATION Back On Track By Keshab Poudel 2 days, 23 hours ago