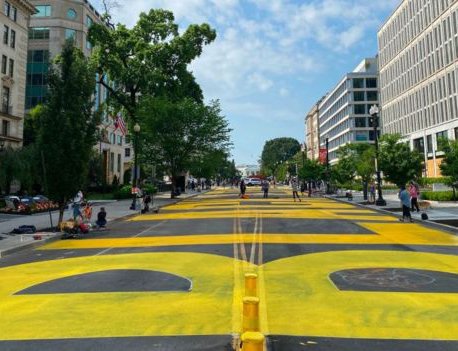 US President Donald Trump has been condemned by his likely Democratic challenger for invoking George Floyd's name as he touted US jobs figures.

Mr Trump said Mr Floyd, an unarmed black man allegedly murdered by a Minneapolis police officer, is "looking down" and "saying this a great day".

Former US Vice-President Joe Biden said the remark was "despicable".

Mr Trump spoke while celebrating a surprise US jobs rebound and calling for "equal justice under the law".