India Remains At Risk Of COVID-19 "Explosion": WHO Warns

India Remains At Risk Of COVID-19 "Explosion": WHO Warns 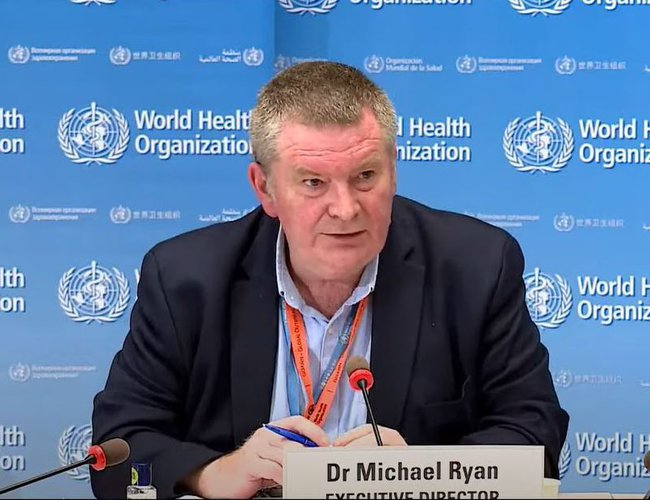 Even though the COVID-19 outbreak has not “exploded” in India, the country remains at risk of that happening as it moves to ease lockdown restrictions, the head of the World Health Organization's (WHO) Emergencies Programme has warned.

In a briefing on Friday, Michael Ryan said the doubling time of COVID-19 infections in India was about three weeks at this stage.

“So the direction of travel of the epidemic is not exponential but it is still growing,” he said.

The WHO official also noted that the impact of the pandemic is different in different parts of India and it varies between urban and rural settings.

“In South Asia, not just in India but in Bangladesh and...in Pakistan, other countries in South Asia, with large dense populations, the disease has not exploded. But there is always the risk of that happening,” he added.

India has reported the fifth most number of COVID-19 infections, standing at 245,962 as of Saturday evening, according to data from the U.S.-based Johns Hopkins University. The country has also registered 6,933 fatalities.

In efforts to curb the spread of the disease, the Indian government imposed a nationwide lockdown in March.

The government is however expected to begin easing the restrictions this month as it seeks to revive its battered economy.

India's federal health ministry reported a record 9,887 new COVID-19 cases in the past 24 hours, bringing the total number of confirmed cases to 236,657 and death toll to 6,642, overtaking Italy as the world's sixth-biggest outbreak.

114,073 people have been discharged from hospitals after showing improvement, and the number of active cases in the country stood at 115,942, the ministry officials said.

The fifth phase of nationwide lockdown came into force from Monday, marking several relaxations and reopening in a phased manner

India Asks States To Speed Up COVID-19 Vaccination By REUTERS 2 weeks, 4 days ago