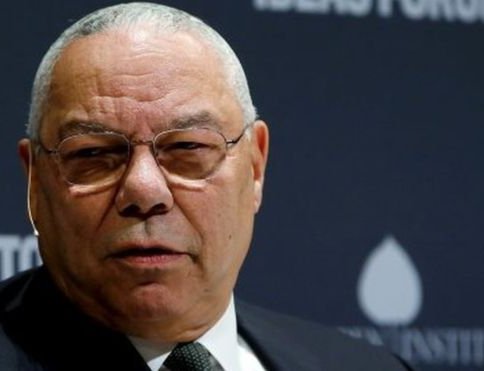 Former US Secretary of State Colin Powell has strongly criticized President Donald Trump's handling of anti-racism protests, saying he has "drifted away" from the constitution.

The Republican, a former top military officer, is the latest to condemn Mr Trump's response, including his threats to use the army to quell rallies.

He said he would vote for Democratic candidate Joe Biden in November's poll.

Mr Powell, the only African American so far to have served as the chairman of the Joint Chiefs of Staff, has joined a growing list of former top military officials to have launched scathing attacks on President Trump.

It comes amid days of nationwide protests against racism and police brutality sparked by the death of African-American George Floyd in police custody in Minneapolis on 25 May.

On Sunday, nine of 13 Minneapolis City Council members pledged in front of hundreds of protesters to dismantle the local police department and instead create "a new model of public safety that actually keeps our community safe".

Meanwhile, security measures across the US were lifted as unrest started to ease. New York ended its nearly week-long curfew, and Mr Trump said he was ordering the National Guard to start withdrawing from Washington DC.

What did Colin Powell say?

Referring to President Trump, the retired four-star general said: "He lies about things, and he gets away with it because people will not hold him accountable."

Mr Powell also said the president's rhetoric is a danger to American democracy and said, referring to this year's presidential election: "I certainly cannot in any way support President Trump this year."

He added: "I'm very close to Joe Biden in a social matter and political matter. I worked with him for 35, 40 years. And he is now the candidate, and I will be voting for him."

Mr Powell, who is seen as a moderate Republican, did not vote for Mr Trump in the 2016 poll.

In the interview, he also backed America's military leaders who had criticized Trump in recent days.