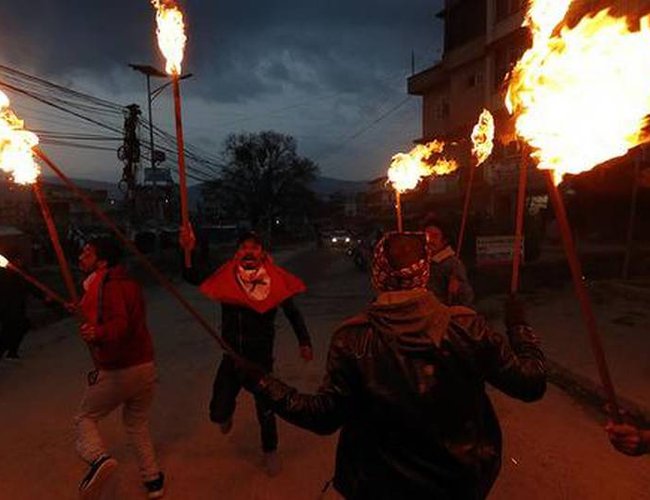 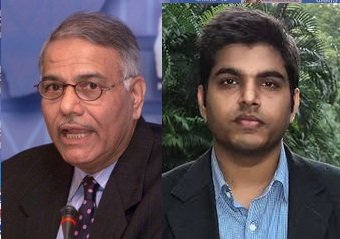 The time of a pandemic is not the time to have a hostile neighbourhood. At this moment, India should ideally lead in creating momentum for deeper regional and sub-regional cooperation in South Asia. Ironically, the recent developments with Nepal have been the opposite of that. India and Nepal have reached a new low in bilateral relations when both countries are facing a humanitarian crisis.

On May 8, the Defence Minister of India tweeted: “Delighted to inaugurate the Link Road to Mansarovar Yatra today. The BRO achieved road connectivity from Dharchula to Lipulekh (China Border) known as Kailash-Mansarovar Yatra Route. Also flagged off a convoy of vehicles from Pithoragarh to Gunji through video conferencing.” The announcement and its timing surprised even the keen observers of India-Nepal relations. No one thought that a road project in this territory would get inaugurated so urgently and through video conferencing. The announcement immediately put the Nepal government, the people and political players there on high alert. The Oli government’s sharp reaction was unexpected — the road was being built for years, so for it to pretend that it was unaware of this development and therefore surprised at its inauguration defies logic.

In a statement, the Nepalese Ministry of Foreign Affairs expressed regret at India’s move. It said, “As per the Sugauli Treaty (1816), all the territories east of Kali (Mahakali) River, including Limpiyadhura, Kalapani and Lipu Lekh, belong to Nepal. This was reiterated by the Government of Nepal several times in the past and most recently through a diplomatic note addressed to the Government of India dated 20 November 2019 in response to the new political map issued by the latter.” It cautioned the Indian government against carrying out “any activity inside the territory of Nepal”. It stated that “Nepal had expressed its disagreement in 2015 through separate diplomatic notes addressed to the governments of both India and China when the two sides agreed to include Lipu Lekh Pass as a bilateral trade route without Nepal’s consent in the Joint Statement issued on 15 May 2015 during the official visit of the Prime Minister of India to China.” Nepal said it believed in resolving the pending boundary issues through diplomatic means. It said that Kathmandu had proposed twice the dates for holding the Foreign Secretary-level meeting between the two countries. Resume Dialogue With Nepal Now

There was a long-awaited response to this from the Ministry of External Affairs (MEA). Without giving any specific date, the MEA assured Nepal that talks would begin after the lockdown was lifted. The delay is not understandable. Why can’t discussions take place over video conferencing? India’s response to Nepal’s note said: “The recently inaugurated road section in Pithoragarh district in the State of Uttarakhand lies completely within the territory of India. The road follows the pre-existing route used by the pilgrims of the Kailash-Mansarovar Yatra. India and Nepal have established mechanism to deal with all boundary matters. The boundary delineation exercise with Nepal is ongoing. India is committed to resolving outstanding boundary issues through diplomatic dialogue and in the spirit of our close and friendly bilateral relations with Nepal.” Nepal’s Foreign Minister Pradeep Kumar Gyawali asked why talks on this important matter could not take place under lockdown when the ‘inauguration’ of the road could take place during the COVID-19 crisis. We also believe that it should take place without wasting even a day.

The strain in ties also reflects the tensions in Nepal’s politics. Prime Minister K.P. Sharma Oli stepped out of diplomatic nicety when he indulged in reactionary nationalism and termed the “Indian virus” as more damaging than the “Chinese virus”. He also questioned India’s faith in ‘Satyameva Jayate’.

On India’s part, the problem lies in overlooking the past realities of Lipulekh region. The Army Chief’s statement that “there is reason to believe” that Nepal’s recent objection was “at the behest of someone else”, hinting at China’s possible role, was eminently avoidable. This too drew sharp reactions from Nepal.

India and Nepal enjoy a unique relationship that goes beyond diplomacy and the governments of the day. Both countries are interdependent through shared social, cultural, economic and other civilisational links. Here, the ties are not between the governments alone. Over three million Nepalese live in India and lakhs of Indians live in Nepal. The Gurkha Rifles, known for the best in warfare, are incomplete without the Nepalese. They fight to keep India secure, so where is the scope for conflict? The people of Nepal fought for India’s independence. B.P. Koirala and many more Nepalese made enormous sacrifices during the freedom struggle. Both countries have open borders and unique ties. This reminds us that both countries have shared interests while respecting each others’ sovereignty. There is no place for a ‘big brother’ attitude. The regimes in New Delhi and Kathmandu have to exercise caution and restraint. The boundary controversy on Lipulekh, Kalapani and Limpiyadhura should be seen in retrospection. It must be admitted that Nepal’s kings had neglected this territory for decades. The area attained prominence only with Nepal’s tryst with parliamentary democracy beginning in 1990. The consistent neglect for the area is evident in the fact that the last official record of any government work that happened there was in 1953. A census was conducted in this area by the royal regime of Nepal and the land records from there were archived at the Darchula district office.

Article 8 of the India-Nepal Friendship Treaty, 1950 says, “So far as matters dealt with herein are concerned, this Treaty cancels all previous Treaties, agreements and engagements entered into on behalf of India between the British Government and the Government of Nepal”, though the treaty does not define the India-Nepal boundary. On the issue of defining the boundary, the Treaty of Sugauli (1816) and the 1960 agreement between India and Nepal on the four Terai districts prevail. The Sugauli Treaty outlines the east of Mahakali River as Nepal’s territory, and the west of it as India’s territory. The dispute today is with regard to the origin of the Kali River. Nepal claims that the origin is in the higher reaches of this hilly territory which would establish its claim on Kalapani and Lipulekh. The Boundary Committee constituted in the year 2000 failed to resolve the issue. There is a need to renew it to end the cartographic tussle between the two countries.

It is time to repose faith in constructive dialogue with empathy to resolve any matter that disturbs the calm between the two countries. In good and bad times, India and Nepal have to live together. Diplomatic dialogue should be resumed at the earliest possible. Embassies on both sides should be allowed to function freely. Nothing of the sort that happened in 2015 should be repeated now. India should not shy away from a dialogue even during the COVID-19 crisis. The MEA’s latest statement should materialise in action and restore trust and confidence through constructive dialogue.

Yashwant Sinha is former Minister of Finance and Minister of External Affairs; Atul K. Thakur is a policy professional and columnist