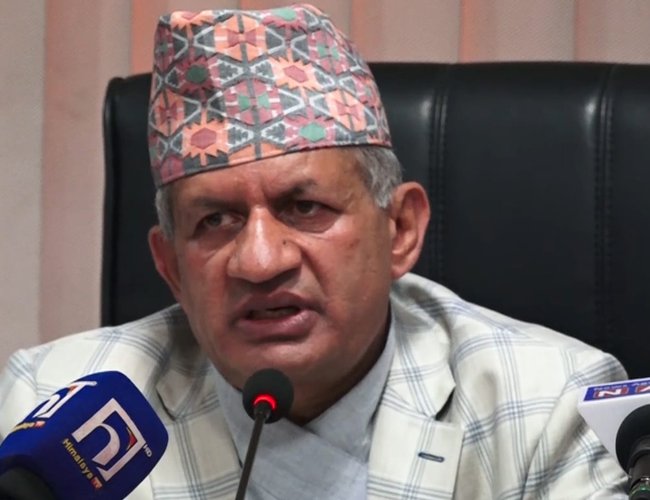 Minister for Foreign Affairs Pradeep Kumar Gyawali held a telephone conversation with High Representative Josep Borrell. Various matters relating to Nepal-EU relations and cooperation, particularly in the context of the COVID 19, were discussed during the call. The two sides shared the sentiments on the loss of lives and widespread human suffering and expressed solidarity in their common fight against the pandemic.

Minister Gyawali appreciated the EU’s important role in preparedness, prevention and control of the virus in different parts of the world. He thanked Borrell for the EU’s longstanding partnership in Nepal’s development efforts. He stated that the newly announced EU cooperation for the health sector will complement the national strategy against the pandemic. High Representative Borrell assured the Minister of the EU’s continued support to Nepal’s socioeconomic development under its framework of cooperation. They also expressed the view that the economic engagements and recovery packages would revitalise the economies from the imminent slowdown and that the EU’s cooperation would be important in the post-COVID context.

The two sides shared that Nepal and the EU hold common views on many issues of global importance, and that they have worked together in various bilateral, regional and multilateral forums for the cause of common interests. They agreed that the engagements would continue in the years to come, including through the mechanism of the Joint Commission between Nepal and the EU. During the conversation, it was highlighted that the exchange of visits would be crucial for the promotion of bilateral ties. The two sides, in this context, looked forward to resuming preparations for high-level visits from the both sides soon after the life comes to normalcy.

The Minister and the EU High Representative reaffirmed their commitment to working closely towards further strengthening and widening all spheres of the friendly relations and cooperation in the future.

Constitution Unites The People Of Nepal: PM Deuba By Agencies 2 hours, 20 minutes ago