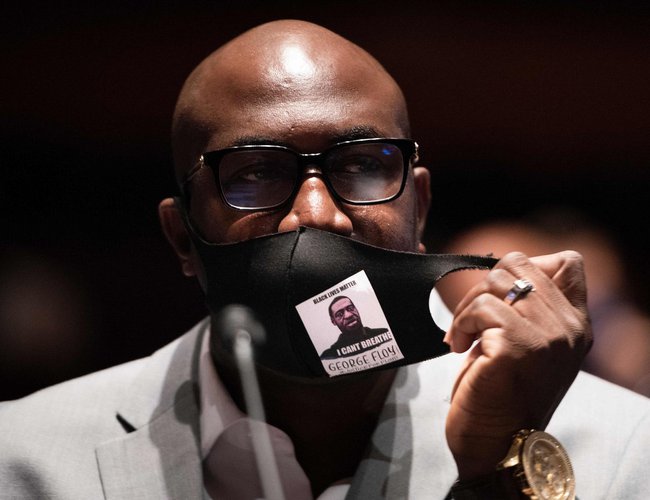 The brother of the African American man whose death in police custody has sparked global protests, has urged the US Congress to pass reforms on police brutality and "stop the pain".

Philonise Floyd told a House hearing that his brother George could not become "another name on a list".

"Be the leaders that this country, this world, needs," Mr Floyd said.

George Floyd died in Minneapolis in May as a white police officer held a knee on his neck for nearly nine minutes.

The final moments were filmed on phones. Four police officers involved have been sacked and charged over his death.

Separately, President Donald Trump has signalled his administration's plans to tackle the issues of protests and police brutality are reaching "final edits" and they could be made public in the "coming days".