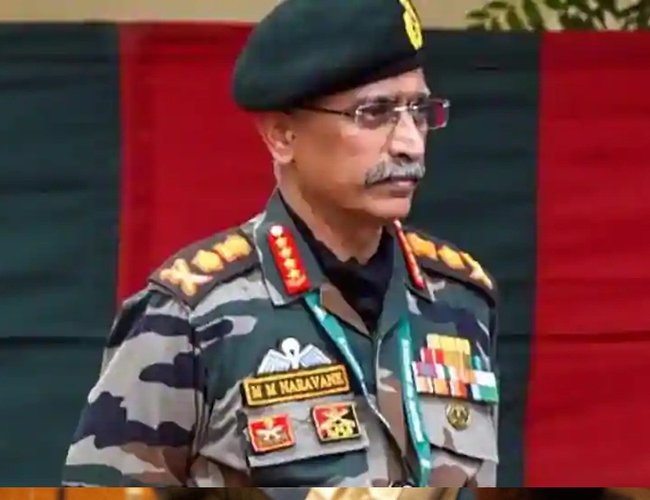 Hours before Nepal’s lower house votes on a new political map of the country that includes Indian territories, Army chief General MM Naravane on Saturday underscored the strong people-to-people ties between the two countries that have lately soured over the map that depicts Lipulekh, Kalapani and Limpiyadhura as Nepalese territory.

“We have a very strong relationship with Nepal. We have geographical, cultural, historical, religious linkages. We have very strong people-to-people connect. Our relation with them has always been strong and will remain strong in the future,” General Naravane said.

PM Oli is expected to give a constitution amendment bill that formalises the new map a final push at a special sitting of Parliament’s lower house on Saturday afternoon. Diplomatic sources told Hindustan Times that the bill is expected to be passed later this evening, possibly around 5.30 pm.

There appeared to be support for the bill in parliament earlier this week when 83 lawmakers discussed the legislation to incorporate the new map in Nepal’s national emblem. Lawmakers were given 72 hours to move amendments to the constitution amendment bill before the lower house votes on it. The 72-hour period ended Friday evening.

Rather than wait for the next working day to put the bill to vote, PM Oli requested parliament to hold a special sitting on Saturday - a weekly holiday in Nepal. Only one amendment has been proposed by a lawmaker who opposed the new map but there are reports in local media that she is being pressured to withdraw it.

PM Oli’s anxiety to rush the bill through the lower house at a special sitting has been seen to signal his determination to get parliament’s seal of approval and a disregard for New Delhi’s views on the boundary row that he has created.

New Delhi has also been upset at how PM Oli had escalated a difference over Lipulekh Pass to score brownie points with Beijing and serve his domestic political interests.

PM Oli’s move to jump start the row over Nepal’s map is seen as an effort to consolidate his support within the ruling Communist Party of Nepal by whipping up ultra-nationalistic sentiments in the country. And turn India into a dartboard.

PM Oli had last month come up with the map barely 10 days after India upgraded a trail to Lipulekh Pass into a metalled road for pilgrims to Kailash Mansarovar. Nepal contended that the 80-km road passes through its territory though it did not reflect in its map.

The new map shows a sliver of land - including Limpiyadhura, Lipulekh and Kalapani - jutting out from the northwestern tip of Nepal.

New Delhi promptly rejected the map, calling it a “unilateral act” that was not based on historical facts or evidence.

This week, PM Oli’s government started to fix this gap and set up a 9-member team to collect historical facts and evidence to back its claim about these territories, according to The Kathmandu Post.

Melamchi Water To Reach Kathmandu On Saturday, Urged Locals To Cautions By Agencies 2 days, 23 hours ago