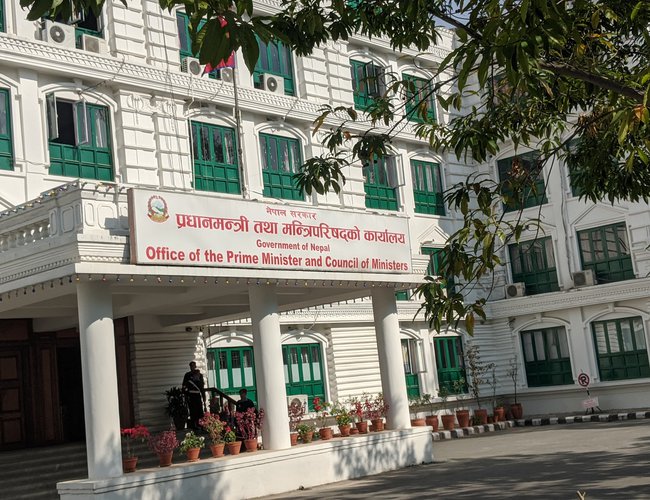 Following easing of nationwide lockdown, all government and private offices are resuming their operation from today. They are opening after 83 days lockdown reports The Rising Nepal.

According to Joint Secretary Basanta Adhikari at the Ministry of Federal Affairs and General Administration, all types of offices will open from Monday maintaining preventive health security measures based on the protocol designed by the offices themselves.

According to Adhikari, in each shift only half the staff members will have to attend the office as per the routine and necessary arrangements made by the offices themselves.

The Rising Nepal reports that the offices will not allow service seekers and staff members having their body temperature above 100.4 degrees in Fahrenheit. Similarly, the arrangement are made for hand washing and sanitisation in front of the office premises, separate counters in offices where public flow remains high with compulsory PPE to the front desk officials, and establishment of communication with security officials if any staff or service seeker falls sick during the office hours.

According to the daily, the other provisions include preventing anyone from meeting the office chief directly, and area marking system while staying in a queue for making payments or doing financial transactions in the government offices.

Constitution Unites The People Of Nepal: PM Deuba By Agencies 35 minutes ago