On the ninth anniversary of the adoption of the Domestic Workers Convention, new ILO estimates reveal the risks facing domestic workers due to the COVID-19 pandemic. 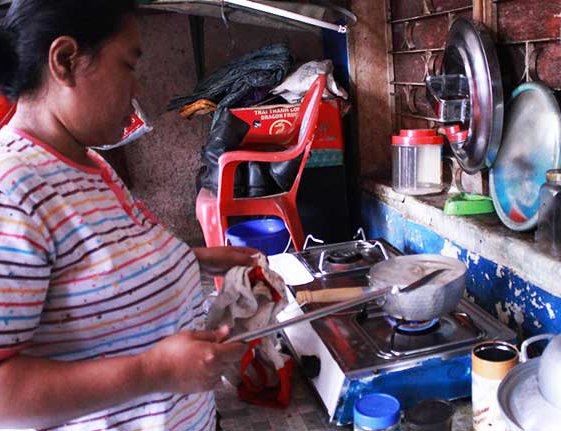 Nearly three-quarters of domestic workers around the world – more than 55 million people – are at significant risk of losing their jobs and income due to lockdown and lack of effective social security coverage, according to new estimates by the International Labour Organization (ILO).

The vast majority – 37 million – of these domestic workers are women.https://www.ilo.org/global/about-the-ilo/newsroom/news/WCMS_748093/lang--en/index.htm

An assessment made at the beginning of June shows that the most affected region was Southeast Asia and the Pacific, with 76 per cent of domestic workers at risk, followed by the Americas (74 per cent) Africa (72 per cent) and Europe (45 per cent).

In countries with strict levels of lockdown, domestic workers, whether formally or informally employed, have been unable to go to work. But while some of those formally employed still had access to unemployment insurance, for domestic workers in informal employment staying home has meant losing their livelihoods with no safety net to fall back on, making it difficult for them to put food on the table.

“The COVID-19 crisis has exposed the particular vulnerability of informal domestic workers, emphasizing the urgent need to ensure they are effectively included in labour and social protection."

“The COVID-19 crisis has exposed the particular vulnerability of informal domestic workers, emphasizing the urgent need to ensure they are effectively included in labour and social protection” said Claire Hobden, ILO Technical Officer, Vulnerable Workers. “This disproportionately affects women who make up the vast majority of domestic workers worldwide.”

In some regions domestic workers are predominantly migrants who rely on their pay to support their families in their countries of origin. Non-payment of wages and the closure of remittance services has left the families of migrant domestic workers at risk of poverty and hunger.

Live-in domestic workers have mostly continued to work, in confinement with their employers. However, reports suggest they have worked longer hours due to school closures and are carrying out more demanding cleaning tasks.

In other cases employers have stopped paying their live-in domestic workers, due to their own financial circumstances or a belief that domestic workers do not need their salaries since they cannot go out.

In some countries, where migrant domestic workers are required to live with their employers, some have been found on the streets after their employers dismissed them for fear of catching the virus. This puts them at risk of trafficking.

The ILO is working with domestic workers’ organizations and employers’ organizations to ensure the health and livelihoods of domestic workers. It is undertaking rapid assessments of the level and nature of the risks facing them, so that governments can devise policies that guarantee at least basic social security coverage, including access to essential health care and basic income security.

Twenty-nine countries have ratified ILO Convention 189 on decent work for domestic workers , which was adopted nine years ago by the International Labour Conference. Many more have taken concrete measures to extend labour and social protection coverage to domestic workers. The ILO has supported roughly sixty countries to close gaps in coverage.

While these measures have increased the number of domestic workers in formal employment, the overall rate of informality remains high. The ILO has called for efforts to formalize domestic work to be urgently accelerated in order to protect domestic workers from future shocks.