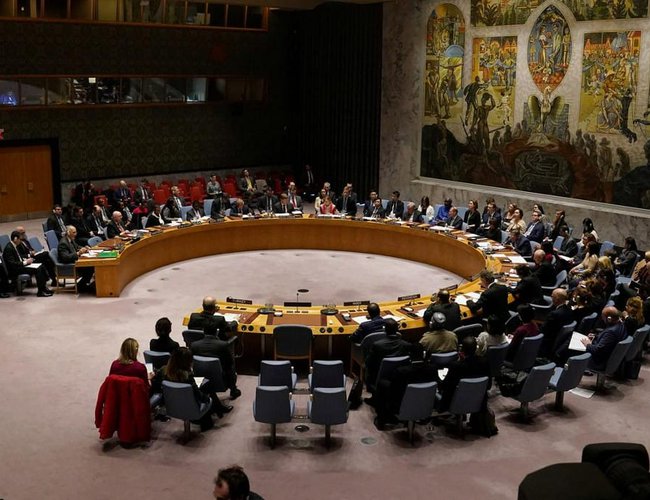 India, Ireland, Mexico and Norway were elected as a non-permanent member of the powerful UN Security Council for a two-year term on Wednesday, winning 184 votes in the 193-member General Assembly.

India was a candidate for a non-permanent seat from the Asia-Pacific category for the 2021-22 term. Its victory was a given since it was the sole candidate vying for the lone seat from the grouping.

New Delhi’s candidature was unanimously endorsed by the 55-member Asia-Pacific grouping, including China and Pakistan, in June last year.

The UN General Assembly on Wednesday conducted elections for President of the 75th session of the Assembly, five non-permanent members of the Security Council and members of the Economic and Social Council under special voting arrangements put in place here due to COVID-19 related restrictions.

Rockets Rain On Tel Aviv As Violence Expands By Agencies 2 days, 22 hours ago

Concerns Rise Over Tensions In Jerusalem By Agencies 3 days, 22 hours ago