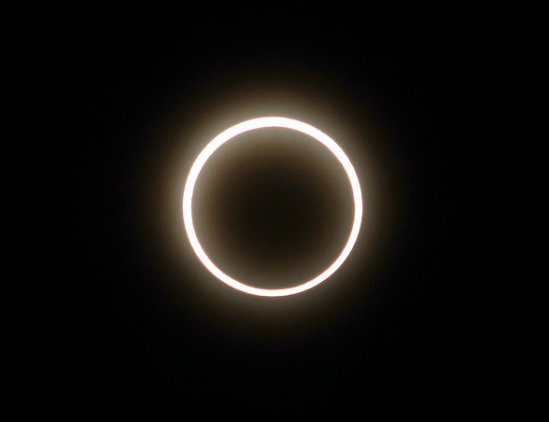 When will the first solar eclipse of 2020 take place? Where will it be visible?

The June 21 solar eclipse will start at 9:30 AM NST and will go on until 3:19 PM NST. The maximum eclipse will take place at 12:25 NST. The eclipse will be visible from much of Asia, Africa, the Pacific, the Indian Ocean, parts of Europe and Australia More

A solar eclipse occurs when the moon gets between Earth and the sun, and the moon casts a shadow over Earth. It happens because the moon is far away from Earth and its relative size is not big enough to entirely cover the sun.

The eclipse starts at one location and ends at another, checkout the Surya Grahan timings in Nepal.

The first location to see the partial eclipse begin: 09:30:58

A solar eclipse occurs on a new moon day when the moon comes in between Earth and the sun, and the moon casts a shadow over Earth. Here is a list of the solar eclipse timings in Kolkata, Delhi, Mumbai, Chennai, Bengaluru and its effects.

It is believed that astrological changes occur due to solar eclipses.

What is a solar eclipse?

During a Solar eclipse the Sun, Moon and Earth are in a straight line and the Moon comes between the Sun and Earth, due to which the rays of the sun are blocked from reaching the Earth. This darkens the sky as if it is night time.

Interesting fact: A solar eclipse usually occurs around two weeks prior or after a lunar eclipse. Usually, there are two eclipses in a row. However, there have been times that we have seen three eclipses one after the other.

When is the next solar eclipse? 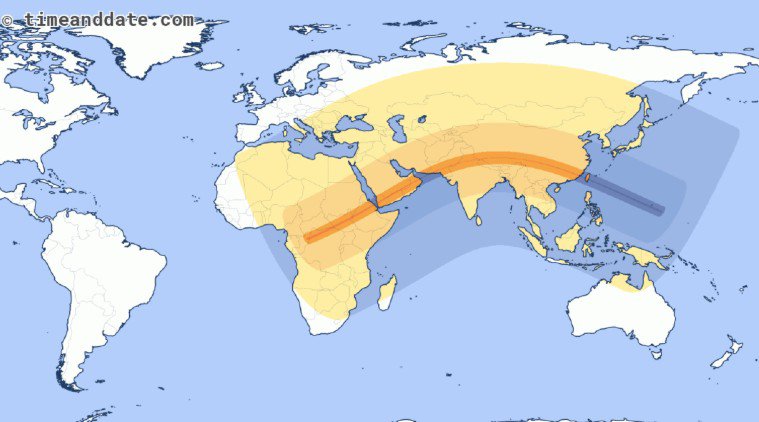 Although this isn't a total solar eclipse, you still need to watch the eclipse using safety measures.

"Because the Sun is so incredibly bright, it is still too bright to look at with unprotected eyes," Young said. "You need safe solar viewing glasses or special filters for use with telescopes or binoculars."

Any glimpse of the sun's brightness is not only uncomfortable -- it's dangerous. Looking directly at the powerful brightness of the sun can cause damage to the retina, the light-sensitive part of the eye. Even the smallest amount of exposure can cause blurry vision or temporary blindness. The problem is, you won't know whether it's temporary at first.

Whether you use the cardboard eclipse glasses or a handheld card with a single rectangular view, the most important feature is the filter. Make sure your eclipse glasses meet the ISO 12312-2 international safety standard. Eclipse glasses can be worn over regular eyeglasses.

To test for safety, the only thing you can see through a safe solar filter is the sun itself. If you look through and the sun is too bright, out of focus or surrounded by a murky haze, or if you can see things like ordinary household lights, the glasses aren't safe.

If you're tempted to reuse eclipse glasses that are three years or older, they were made before the international safety standard was in place and come with a warning that says you can't look through them for more than three minutes at a time. These should be discarded, according to the American Astronomical Society

European Parliamentarian Delegation: Visit For Cause By NEW SPOTLIGHT ONLINE 5 days ago