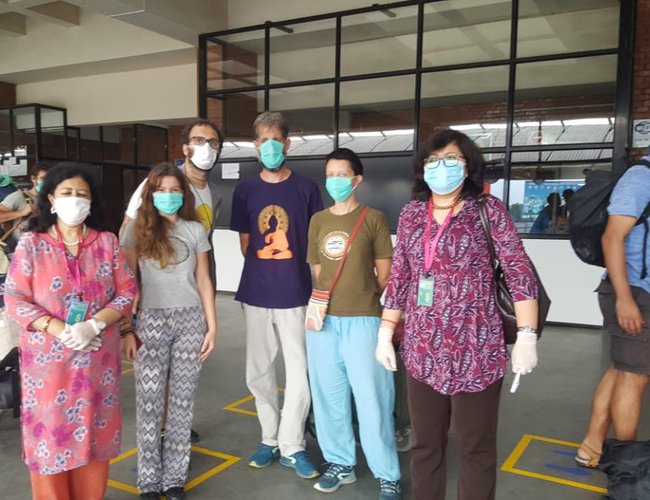 As Italy's Neos Airlines 787 Dreamliner took off on Friday at 18:45 PM with Italian and European citizens who are stranded in Nepal for almost 3 months due to lockdown, Honorary consul of Italy to Nepal Pratima Pande has a sigh of relief.

As the honorary consul of Italy to Nepal, it is Pande’s responsibility to take care of the Italian citizens stranded in Nepal. Make arranging for takeoff and landing for charter flight during the lockdown period is very difficult to work. However, Honorary Consul Pande has made everything possible to Italian Airlines Boeing 787 Dreamliner to land and take off with Italian passengers from Tribhuwan International Airport.

“ It was hectic but I felt quite a relief following fulfilling my obligation to take care of the citizens of Italy and send them their home,” said Honorary Consul Pande. 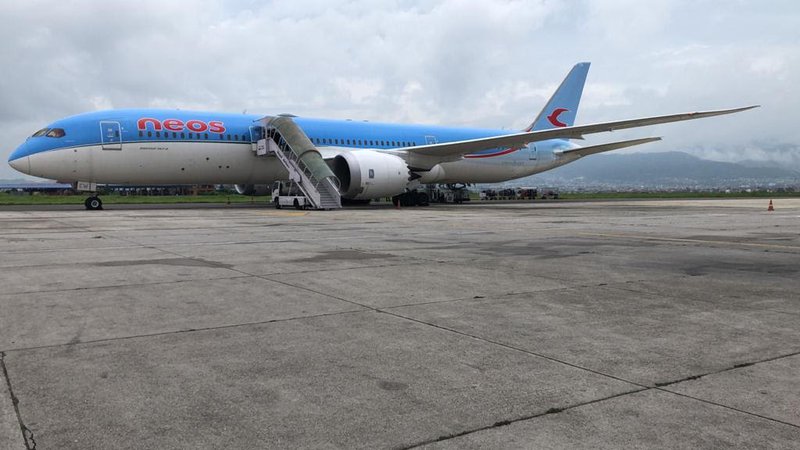 Coordinated by Embassy of Italy in India and Consul General of Italy in Kolkata, honorary Consul of Italy to Nepal Pratima Pande has made all efforts to Nepal to permit Italian Airline Neos Air to make a chartered flight.

A Boeing 787 Dreamliner of Italian airline Neos Air took off today at 18.45 from Kathmandu International Airport, repatriating Italian and EU citizens stranded in Nepal due to the lockdown.

Although it was a very hectic work to manage the airport oversee check-in operations and help passengers with all security procedures, honorary consul Pande and consular office staff Sabina Shrestha took all the responsibility to board the passengers in an aircraft

Honorary Consul Pratima Pandé and consular office Sabina Shrestha were at the airport to oversee check-in operations and help passengers with all security procedures.

.“It was the first time Neos Air had landed in Nepal, so it was for the huge Dreamliner. Everything went smoothly and the plane, after a technical stop-over in Cairo, will land in Milan Malpensa airport tomorrow at 06.15 local times. Onboard went also Murzik, a sweet brown cat since the company had allowed passengers to carry pets,” said Pande. 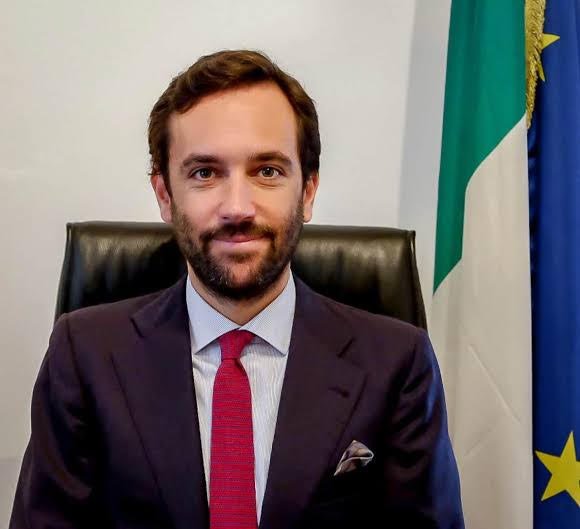 The evacuation flight has been coordinated by the Embassy of Italy in India. “We are glad many Italians and EU citizens could fly back to their families after a long wait - said Alfonso Tagliaferri, Consul General of Italy in Kolkata, responsible for consular protection in Nepal - Italians love this country, its people, its traditions, its mountains, and they will come back to enjoy it and explore it as soon as the international health situation will allow. We are very thankful to the Nepalese authorities for taking good care of our citizens during the lockdown period and for the great collaboration offered in the evacuation procedures. I want to especially thank the Ministry of Foreign Affairs of Nepal and the Civil Aviation Authority for their cooperation, Neos Air for their commitment and flexibility, and of course our Honorary Consul Pratima Pandé, always incredibly efficient and available. It has been teamwork, and I’m thankful to everybody who has cooperated for its success.”

The last few days were very busy and hectic and busy rushing from one place to another to get permission. Even today, Pande has to rush from one corner to another corner of the airport to make security and check-in arrangement but she was quite satisfied after the plane smoothly took from the airport with Italian and other European citizens. 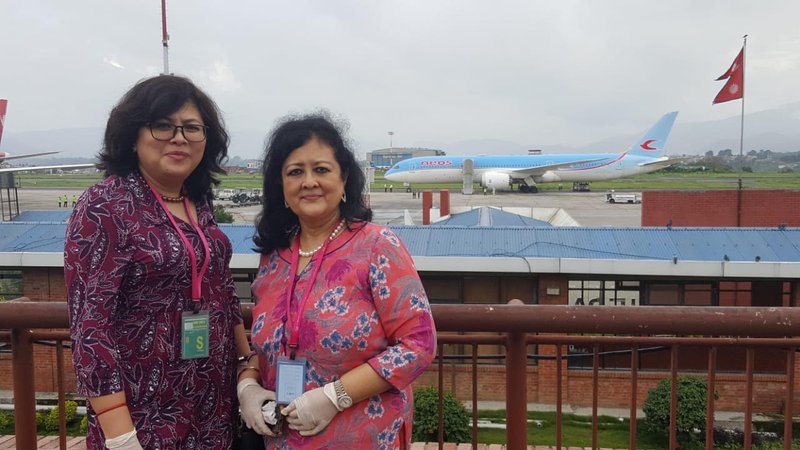 Melamchi Water To Reach Kathmandu On Saturday, Urged Locals To Cautions By Agencies 8 hours, 3 minutes ago

PPE And Reproductive Health Kits Handed Over To Nepal By NEW SPOTLIGHT ONLINE 1 day, 4 hours ago