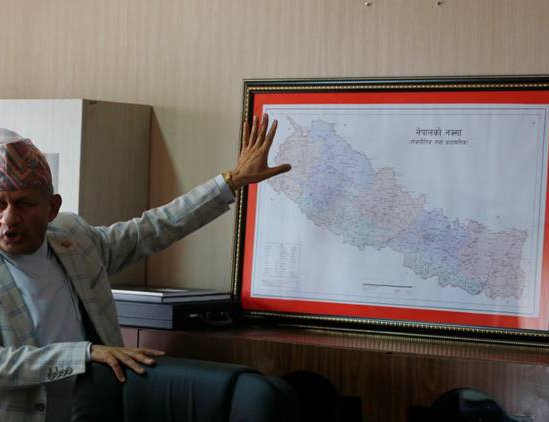 Accepting the diplomatic notes with the new letterhead may be interpreted as accepting the new map with the territorial claims, sources said, adding that this issue could become an irritant and the top echelons of the government will have to take a call.

With Nepal passing a law to endorse its new map that includes Indian territories, the governments in New Delhi and Kathmandu have a fresh problem to deal with — that of diplomatic notes.

Nepal’s map is part of its emblem and is used on all official stationary by that country, just like the Indian government’s letterheads have the Lion Capital of Ashoka. However, with Nepal passing a new map, which includes areas of Kalapani, Lipulekh and Limpiyadhura in Uttarakhand, the country’s emblem too has been updated.

Now, there is a debate within the South Block as to whether India should receive and accept diplomatic and official communication with the new letterheads from the Nepalese government.

Accepting the diplomatic notes with the new letterhead may be interpreted as accepting the new map with the territorial claims, sources said, adding that this issue could become an irritant and the top echelons of the government will have to take a call.

“While it appears a small issue, it means that all diplomatic correspondence with Nepal will be stalled if the government doesn’t accept the new letterheads,” a source told The Indian Express.

However, if no diplomatic notes can be exchanged, any diplomatic communication — including the much-anticipated Foreign Secretary-level talks will be hard to schedule.

The emblem of Nepal contains the flag of Nepal, Mount Everest, green hills symbolising the hilly regions of Nepal and yellow colour symbolising the fertile Terai region, male and female hands joining to symbolise gender equality, and a garland of rhododendron (the national flower). Atop this flower is a white silhouette map in the shape of Nepal. At the base of the design a red scroll carries the national motto in Sanskrit, which translates as “Mother and Motherland are greater than heaven”.

Nepal set itself on a collision course with India Thursday after its Upper House unanimously cleared a constitution amendment Bill, endorsing the country’s new map that includes territories with India. Nepal’s President Bidhya Devi Bhandari gave her assent to the Bill within hours of its passage in Rastriya Sabha. This deepens the boundary row with India, which has already rejected Nepal’s claim to the areas in Uttarakhand, saying it is “violative of our current understanding to hold talks on outstanding boundary issues”.

Kanwar Groups Call Off Yatra After UP Government’s Appeal By Agencies 2 weeks, 2 days ago