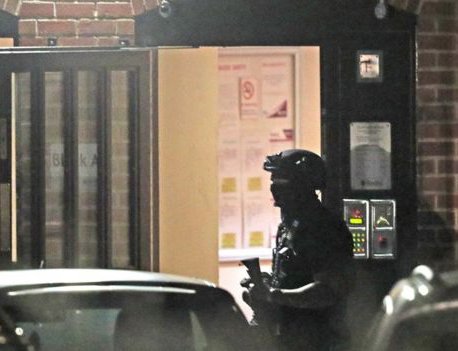 At least three people have died and an unknown number injured after a stabbing in a park in Reading, sources say.

Security sources have told the BBC a man arrested at the scene is thought to be Libyan.

Counter terrorism officers are at the scene, but the motive for the attack has not yet been confirmed.

The attack happened at Forbury Gardens at about 19:00 BST but neither the number of injured or fatalities have been officially confirmed by police.

Sources told the BBC that police were looking at terror as a possible motivation for the attack.

A man has been arrested at the scene and is now in custody, Thames Valley Police said.

BBC Home Affairs correspondent Daniel Sandford said he had been told the suspect had previously been imprisoned, but for a relatively minor offence unrelated to terrorism.

One eyewitness told the BBC he saw a man move from group to group stabbing people in the park.

There were reports that a police officer "rugby tackled" the suspect to the ground, according to the Sunday Mirror.

About a dozen armed police officers carrying shields were later seen entering a block of flats in Basingstoke Road in Reading at around 23:00 BST.

Prime Minister Boris Johnson said his "thoughts are with all of those affected by the appalling incident in Reading". "My thanks to the emergency services on the scene," he added.

UK Variant 'May Be More Deadly' By Agencies 1 month, 1 week ago

A Deadly 'Terror' Attack In Vienna By Agencies 3 months, 4 weeks ago