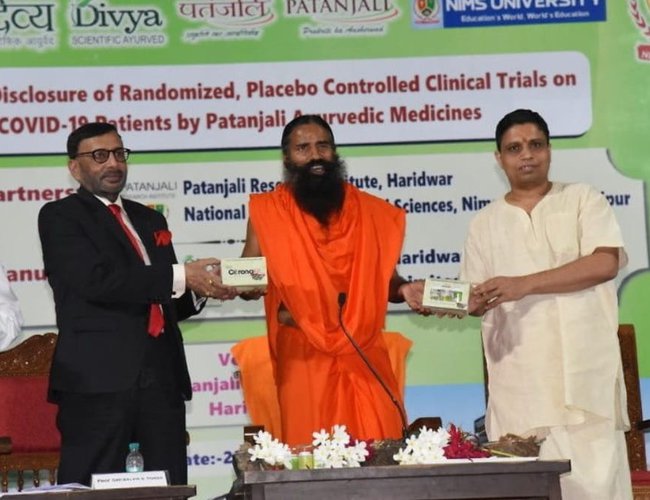 The efficacy of Patanjali’s Coronil medicine which cures Covid-19 has not been corroborated by any independent medical body as of yet.

Yoga guru Baba Ramdev on Tuesday claimed that his company Patanjali Ayurved has made the first Ayurvedic medicine for coronavirus disease Covid-19.

The medicine called ‘Coronil’ will help in treating the respiratory disease, claimed Ramdev.

“The whole country and the world was waiting for medicine or vaccine for corona. We are proud to announce that the first Ayurvedic, clinically controlled trial based evidence and research-based medicine has been prepared by the combined efforts of Patanjali Research Centre and NIMS,” he said at a press conference in Haridwar.

Here is everything you need to know about the new Ayurvedic medicine for Covid-19: The medicine comes as part of a kit which consists of tablets named Coronil and Swasari Vati, and an oil called Anu Oil. Patanjali Ayurved tweeted to say that they have used active compounds of Ahwagandha, Giloy and Tulsi in the new Covid-19 medicine. 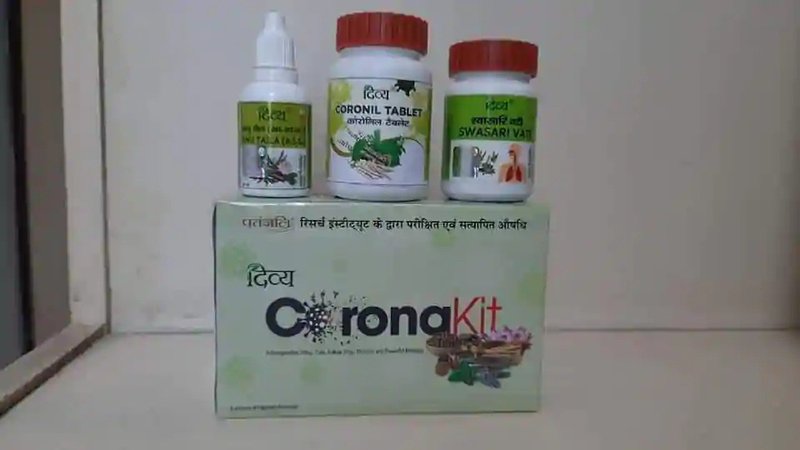 Ramdev said more than 100 compounds have been used in Coronil. The entire kit will help in strengthening immunity.

Patanjali prescribes two tablets should be consumed with hot water half an hour after each meals. This quantity is suitable for people between 15 to 80 years of age, the company says. Chilmdren between the age of 6-14 years can take this medicine, but the dosage should be half of what is prescribed for adults.

According to Ramdev, the company conducted two-stage trials. The first was a clinical controlled study which took place in Delhi, Ahmedabad and many other cities. Under this, 280 patients were included and 100 per cent of those recovered, he said. After controlling the disese and its complications, the all-important clinical control trial was conducted, said Ramdev.

Patanjali claims those administered the medicine were fully cured and none died. Ramdev even claimed that 69 per cent of them recovered within three days. He said that 100 per cent recovery was seen in seven days.

The company said that data of the trial will be released as evidence in the next few days.

The efficacy of Patanjali’s medicine on Covid-19 cure has not been corroborated by any independent medical body as of yet. The World Health Organization (WHO) had recently said that while several drug trials are ongoing, there is currently no proof that any drug can cure or prevent Covid-19.

India has been battling the pandemic and the number of Covid-19 cases neared 4.5 lakh cases on Tuesday. Over 14,000 people have died due to the disease so far in the country.

There are now over nine million people affected by the pandemic since it broke out in China’s Wuhan city in December last year.

COVID-19 VACCINATION Back On Track By Keshab Poudel 1 day, 18 hours ago

Tokyo Olympics Opening Ceremony To Be Held On Friday By Agencies Jul 23, 2021