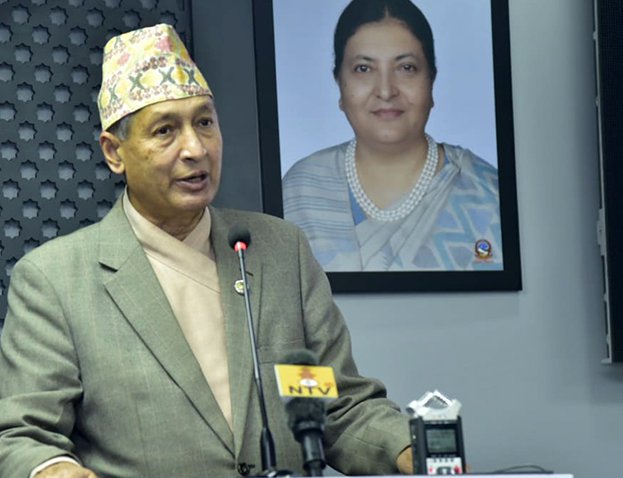 The Cabinet meeting decided to open labour approval for only those Nepali citizens who have come to Nepal on vacation and whose contract term is yet to expire.

Minister for Finace and Communication and Information and Technology Dr. Yubraj Khatiwada informed in his media briefing. According to Minister Dr. Khatiwada, such citizens would be allowed to go abroad for foreign employment only after completing all COVID-19 related health protocols.

He also said that President Bidya Devi Bhandari Thursday prorogued the budget session of both the Houses of the Federal Parliament at the recommendation of the Council of Ministers.

Minister Dr. Khatiwada said that a meeting of the Council of Ministers held at the residence of Prime Minister KP Sharma Oli in Baluwatar, had decided to prorogue the budget session of the parliament and recommended the President for ending the ongoing session.

The abrupt decision of the government came amid growing intra-party feud within the ruling Nepal Communist Party (NCP).

India Provides Grant For The Construction Of New School Building In Butwal By NEW SPOTLIGHT ONLINE 1 day, 13 hours ago

338 Households Displaced In Fungling Due To Fire By Agencies 2 days, 16 hours ago