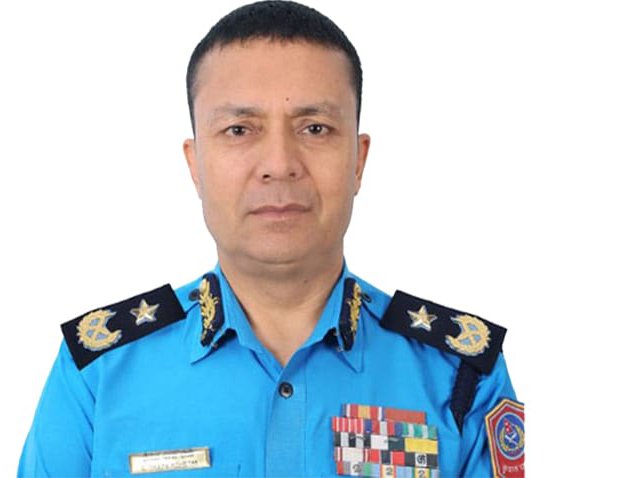 Nepal Government has appointed Shailesh Thapa as the Inspector General of Police (IGP).

The meeting of the cabinet of ministers held today decided to appoint Thapa as the IGP, informed a member of the private secretariat of Home Minister Ram Bahadur Thapa.

Thapa has been chosen on the basis of seniority. He has been working as an additional Inspector General of Police. Thapa was appointed after incumbent IGP Thakur Gyawali will get retirement from July 8 after completing 30 years of service in Nepal Police.

Thapa will take charge of IGP from Thursday. He has been promoted on the basis of seniority. He will continue in the post until April 2022 (Baishakh 18 2079). As per Nepal Police regulation, IGP needs to be promoted from AIGP. Out of three AIG, Thapa has to compete only with AIG Hari Pal as other AIG Tarini Prasad Lamsal is also retiring from Wednesday.

Thapa was number one in the Inspector results and he was very popular among his competitor. Having maintained very good results with no controversy in his carrier, Thapa was popular in the force. He was seen as an officer to lead the organization.

Born in Katunje in Bhaktapur in 2025 BS, he served different districts during his carrier. The government has been giving priority to the senior-most in the promotion.