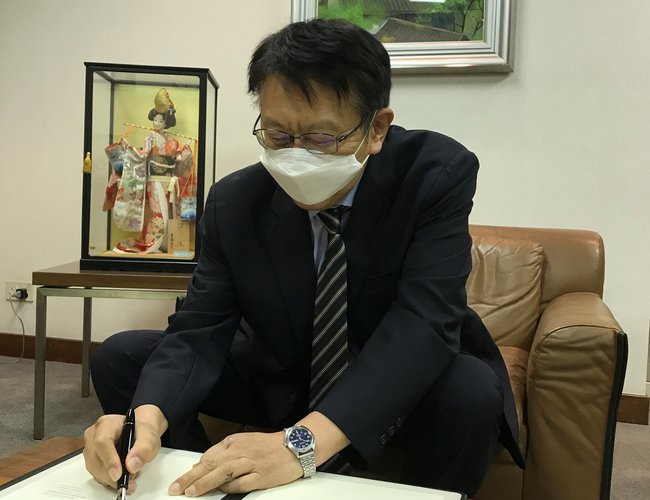 The Government of Japan has extended grant assistance of up to three hundred and sixty five million Japanese Yen (¥365,000,000), equivalent to 407 million Nepali Rupees to the Government of Nepal for implementing the Human Resource Development Scholarship (JDS) Project.

Saigo Masamichi, Ambassador of Japan to Nepal, and Sishir Kumar Dhungana, Secretary of the Ministry of Finance signed notes to this effect. 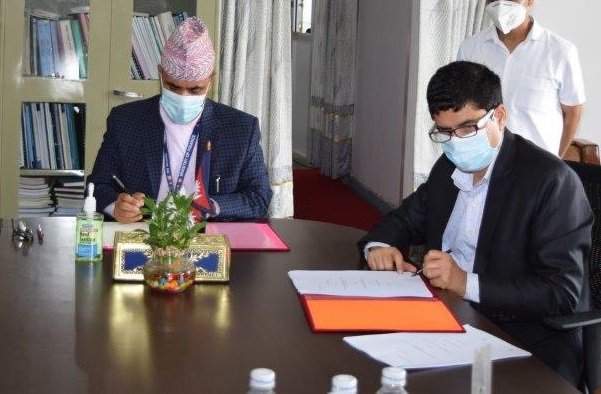 Another set of grant agreements for implementing the program was signed by Ms. ASAKUMA Yumiko, Chief Representative of JICA Nepal, and Shreekrishna Nepal, Joint Secretary, the International Economic Cooperation and Coordination Division of the Ministry of Finance.

After completion of studies, the JDS Fellows are expected to engage in formulating and implementing socio-economic development plans and programs and evolve as leaders and change agents for development in their respective countries. The fellows are also expected to contribute towards enhancing bilateral relations between Japan and their respective countries with their knowledge of Japan

Ambassador Saigo would like to point out that the COVID-19 outbreak has made the situation difficult for both the countries. In view of this, Ambassador Saigo hopes that all Nepali JDS Fellows, including alumni, have a good understanding of sanitation and take preventive measures among themselves, their colleagues and families. He is really looking forward to learning about their various contributions to Nepali society by utilizing the experiences they gain in Japan.

The Embassy of Japan is confident that the objectives envisaged by the project will be achieved, and contribute towards further strengthening the relationship, friendship and cooperation between the peoples of Japan and Nepal.