Secretary General Of SAARC Calls On President Of Nepal

Secretary General Of SAARC Calls On President Of Nepal 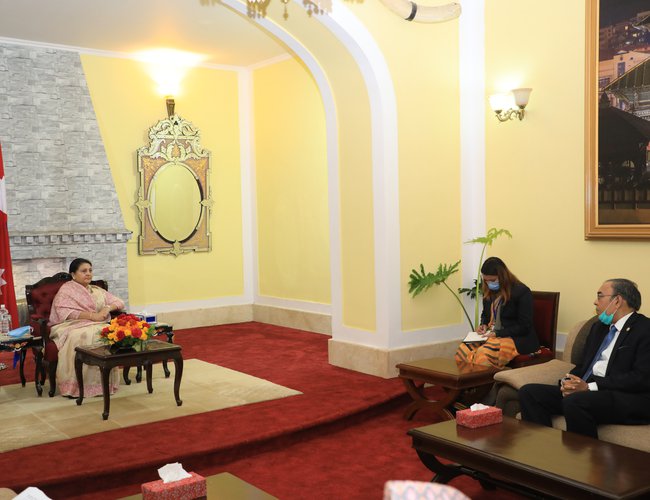 During the call on, President felicitated the Secretary General on his appointment as the fourteenth Secretary General of SAARC. President underscored the need of early convening of the Nineteenth SAARC Summit and stated that Nepal, as the current Chair of SAARC, has been making continuous efforts and consultations with other Member States to create a conducive environment for the next Summit. SAARC has an important role to play in tackling the common regional problems and challenges like COVID-19 Pandemic and poverty in South Asia, President said. She also expressed confidence that the Secretary General would play an active role to further strengthen the SAARC process.